A new facility is set to be installed this fall, after what Ka:'yu:'k't'h'/Che:k'tles7et'h' expects will be a busy summer season at the Fair Harbour dock. (KCFN Group of Businesses photo)

A vital hub on Vancouver Island’s northwest coast will soon be getting a major facelift.

That’s because the past-its-prime marine dock at Fair Harbour, a key access point to Kyuquot Sound, will be replaced later this year with a new full-service marine dock.

The Fair Harbour Marina and Campground is owned and operated by the Ka:'yu:'k't'h'/Che:k'tles7et'h' First Nations (KCFN).

The facility provides access to 10 marine parks, managed provincially or federally, within the region.

It also supports tour operators and area residents with supplies and services.

The dock revitalization project is expected to cost about $715,000.

The Island Coast Economic Trust (ICET) is kicking in $300,000 for the project via its DIVERSIFY Capital and Innovation Program.

The KCFN will cover the remainder of the costs.

“We really appreciate the support from the ICET that provided this funding,” said Gary Wilson, the CEO and economic development officer for the KCFN Group of Businesses, the First Nation’s economic arm. “It’s not only for the esthetics but also for safety.”

Wilson said the marine dock is overdue for an upgrade.

“It’s a much-needed infrastructure that has been aging for quite some time now,” he said. “I believe I heard it’s 25 years old or more.”

“It was certainly past its life stage,” he said.

Aaron Stone, the chair of the ICET board, believes a new dock will prove to be rather beneficial.

“Marine tourism is a recognized economic driver on Vancouver Island and this project represents significant improvement to the area’s marine infrastructure,” he said. “Replacing the current infrastructure with a modern full-service dock will address the growing recreational moorage demand and create new opportunities for economic diversification.”

Wilson, however, said it will be a few more months before the current dock is replaced.

“We won’t be doing the installation until the fall,” he said.

That’s because there will be plenty of activity during both the spring and summer seasons at the dock.

“This season is going to be very busy for us,” Wilson said. “We’ve got people travelling again. We just won’t have the window to do it (before the fall).”

The new dock, which will replace the aging wooden one, will be a fully serviced, concrete float dock system.

It will add moorage resources and re-supply options to the current marine fuel services.

The goal is that these upgrades will not only expand capacity but also encourage visitors to stay longer in the region, thus perhaps extending the tourism season as well.

Prior to the pandemic the Kyoquot region had seen a dramatic increase in the number of visitors.

Sportfishing and adventure tourism operators in the region experienced a whopping 700 per cent increase in visitors in the year leading up to 2020.

Wilson believes once the fall rolls around, it will be a rather quick process to get rid of the existing dock and have it replaced with the new one.

“We don’t anticipate it taking very long,” he said. “I suspect it will be anywhere from 30 days to 60 days.”

Wilson believes the new dock will be welcomed by all.

“Our newly developed marina facilities are essential to growing our marine-based economy for the benefit of our businesses, the nation community of Houpsitas and surrounding area residents,” he said.

KCFN officials are anticipating a busy 2022 tourism season partly because one of its businesses is the popular Walters Cove Resort. Amenities at the facility will include a new floating lodge this year.

The First Nation also acquired West Coast Expeditions earlier this year. The company, which specializes in canoe and kayak tour experiences, will be welcoming visitors from around the world this summer, for the first time in a couple of years because of the pandemic.

The dock revitalization at Fair Harbour is the third phase of infrastructure upgrades.

As for the ICET, it was created and capitalized by the province of B.C. in 2006. Its mission is to create a more diverse and globally competitive Island and Coastal economy.

Since its inception the ICET has provided more than $55 million in funding for almost 300 projects. 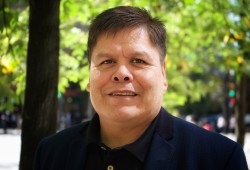