A close and full moon increased its gravitational pull on the ocean, resulting in an exaggerated tidal change this month, say scientists. Pictured is low tide on Mackenzie Beach in Tofino. (Melissa Renwick photos)

The west coast experienced some of its lowest tides of the year last week, leaving some intertidal animals vulnerable to the heat.

A recent series of events lined up to trigger a “tidal phenomenon” that resulted in an exaggerated tidal range, according to Denny Sinnott, a DFO supervisor for Tides Current and Water Levels.

First, the full moon on July 15 caused a gravitational pull on the ocean. Known as a spring tide, it occurs twice a month in conjunction with a new or full moon and contributes to the larger tidal range.

The moon was also in perigee, meaning it was the closest to earth in its elliptical rotation around the earth, explained Sinnott.

This, he said, added to the moon’s gravitational pull on the ocean.

In this 18.6-year cycle, the moon orbits around the earth on a 5-degree wobble. The wobble causes the lunar plane to align more closely to that of the earth’s, resulting in an even greater exaggeration of the tidal range, Sinnott said.

Animals that live in intertidal environments are adapted to being dry and are able to withstand some temperature extremes caused by changing tides, explained DFO Biologist Sarah Dudas.

But as global and sea water temperatures rise, Dudas said thermal stress is going to increase for these organisms.

“If you have a really hot day, some of those animals are going to be on the edge of what they can tolerate,” she said. “It wouldn’t take much of a change to push them over into a temperature they can’t handle.”

This was evident during last year’s unprecedented atmospheric heatwave, which broke over a dozen temperature records across the province. The village of Lytton shattered Canada’s all-time heat record, reaching 49.6 C on June 30 – a day before a wildfire devastated much of the community.

The heatwave, which was paired with a low tide, triggered a mass die-off of many different species, according to University of British Columbia Professor Christopher Harley.

Billions of animals perished from the heat, he said.

“We always talk about climate change in a future tense,” said Harley. “But I think we can start talking about it in the present tense, and even the past tense.”

The United Kingdom is currently facing similar temperature extremes, leading to fires breaking out across London.

“We’re in a period of major awakening of climate change effects,” Harley said. “The weather is playing by different rules and we don’t understand those rules very well.”

To document how extensive the die-off was, Harley visited many different sites along B.C.’s coast last summer and said it was like “walking in on some murder scene and just trying to tally the dead.”

Animals live in different layers within intertidal environments, Harley said. Without tides, he said many species wouldn’t exist because they’d get eaten or become overgrown.

It’s largely the timing of the tides that impact animals living in intertidal zones.

In places like Tofino, Harley said low tide in the summer is generally in the morning. Whereas places like Victoria and Vancouver experience low tide around noon – during the hottest time of the day, he said.

“We already have less diversity in places like Victoria than we do in places like Tofino,” said Harley. “And it’s going to become more stark as we start to lose additional species that can no longer survive in Victoria or Vancouver.”

Ucluelet Aquarium Curator Laura Griffith-Cochrane said the low tides allowed her to access areas that are usually wave-impact zones, which are commonly too dangerous to explore.

“It’s really important to know how everything is doing,” she said. “There’s a lot of intertidal species that can be good indicators of the overall ecosystem health.”

“It’s going to be harder for the species that we’re hoping to build back to [recover] with all of these extra stresses,” she said.

Using a catch-and-release model, the Ucluelet Aquarium returns to the same sites every year to collect animals.

This allows the aquarium to compare how easy it is to find certain species compared to previous years, while observing which species are prolific, versus those that are disappearing altogether.

Griffith-Cochrane said the aquarium decided not to collect any squat lobster, side-stripe shrimp or spot prawns this summer.

“We’ve seen temperatures trend towards hotter and hotter every summer and they really like to have more stable, cool temperatures,” she said. “There are some species we might not be able to display for a while.”

During last week’s low tide event, Dudas was working on an intertidal biodiversity survey on Gabriola Island, where she noticed a lot of mussels had recently died.

“It smells bad because things have recently died,” she said. “They’re decomposing. That bad smell is coming from the mussel bed.”

Darker coloured animals, such as mussels, are going to “bear the brunt of a really sunny, super-low tide more so than barnacles that are white,” she said.

These changing conditions are generally happening at a faster rate than animals can evolve or adapt to, Dudas said.

“We’re going to see more mortality as stress on these organisms increase,” she said.

On June 20, the province announced a strategy supported by $513 million to ensure B.C. is prepared for climate impacts in the near future. It includes an expanded role for the BC Wildfire Service to provide enhanced wildfire prevention and an extreme heat preparedness plan to help keep communities safe during heat waves.

Despite that, Harley said the public needs to continue applying pressure on the government to make the “big changes we need” to move from fossil fuels to renewable energy sources.

“We haven’t been super successful with that and it’s going to take a while,” he said.

In the meantime, Harley said there are shorter-term solutions, such as local conservation, that can help keep species alive.

“Taking these changes seriously and beginning to plan around temperature changes and extreme events is really important,” said Griffith-Cochrane. “We need to look at our industries and our practices and make changes so that we aren't continuing to damage the environments that support us.” 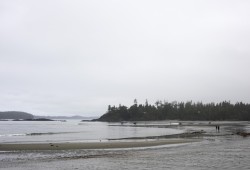 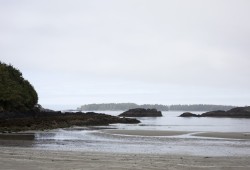 Respecting order in the animal kingdom by avoiding the top hunter