Wilderness organizations applaud the province's conservation pledge from last month, but await details on how it will be financed. Pictured is the northern part of Nootka Island, territory of the Nuchatlaht First Nation. The area is currently recognized as Crown land, with a forestry tenure held by Western Forest Products, although the Nuchatlaht await a trial decision on their claim to Aboriginal title over the area. (Sierra Club B.C. photos)

Canadian wilderness organizations are commending the B.C. government for committing to protecting 30 per cent of lands in the province by 2030, including through the creation of new Indigenous Protected and Conserved Areas (IPCAs).

The government’s commitment would double what is currently protected in legislated areas in B.C.

British Columbia is the second province in the country to make this commitment.

Nathan Cullen, minister of Water, Land, and Resource Stewardship, has been directed in his new mandate letter from Premier David Eby to “develop a new conservation financing mechanism to support protection of biodiverse areas.” No announcements around funding commitments have yet been made.

“The commitment to double legislated protected areas in B.C. has the potential to be a major step towards protecting endangered old-growth forests, ecosystems, and species across British Columbia,” said Ancient Forest Alliance campaigner and photographer, TJ Watt, in a press release. “The new premier should be commended for this. To ensure these promises can be made a reality, it’s imperative that major conservation funding is secured through the much-anticipated BC-Canada Nature Agreement. We have the framework, now we just need the funding to implement it.”

According to the release, this is also the first time the provincial government has publicly acknowledged the need for conservation financing linked to protecting the most biologically diverse areas and the creation of new IPCAs.

In British Columbia, under successive court rulings, First Nations ultimately decide which areas within their unceded territories get protected or not, states the release. The provincial government can provide enabling conditions for First Nations to protect old-growth forests by funding land use planning capacity, stewardship jobs, and sustainable economic development linked to new protected areas.

The province’s plan to choose the most biodiverse areas for protection - should First Nations agree – is seen as a vital step towards securing productive old-growth forests, where the greatest species richness tends to be.

“For years we have been pushing for the province to commit to conservation financing that links protecting endangered old-growth forests through Indigenous Protected Areas with First Nations' sustainable economic development,” Watt said in the release. “Creating conservation economies that allow new, sustainable jobs and businesses to flourish while preserving imperiled ecosystems is a win-win for humans and nature.”

According to the release, the federal government has so far committed $3.3 billion over five years to expand terrestrial ($2.3 billion) and marine ($1 billion) protected areas, along with several billion dollars more for “natural climate solutions” that often overlap with nature protection initiatives.

B.C.’s share of those federal funds is estimated to be between $200 to $400 million, which also includes a dedicated $55.1 million Old Growth Nature Fund for the protection of the most at-risk old-growth stands - but only if the province matches this funding.

Ecojustice legislative affairs specialist Sarah Korpan applauds the announcement, but says what is missing is a clear plan for how the province will actually achieve its targets. Korpan noted in a separate release that the plan must be co-developed and led by Indigenous Peoples who have stewarded the land and waters in B.C. since time immemorial.

"As with B.C.'s commitment to implementing all recommendations of the Old Growth Strategic Review, 30 by 30 must be co-developed and led by Indigenous peoples, and the province must provide funding for Indigenous communities to pursue meaningful protection,” Korpan said in a statement. "A biodiversity and ecosystem health law, co-developed with First Nations, should focus on restoring healthy relationships between humans and the natural world, and should be grounded in recognition and respect for the inherent jurisdiction of Indigenous peoples to care for their territories. Such a law could provide clear direction for ensuring B.C. is able to achieve 30 per cent protection of lands by 2030."

“With this direction, B.C. is investing in our future, and protecting the natural world that provides our food, clean water, clean air and stable climate,” said Tori Ball, Terrestrial Conservation manager with CPAWS-BC in a separate news release. “Protected areas help to mitigate the worst effects of climate change, while contributing to diversified local economies and advancing BC’s reconciliation goals. This is extremely good news for all British Columbians.”

According to the release, Indigenous nations in the province are already leading the way through conservation visions, declarations and stewardship initiatives in their traditional territories. Ball says she is hopeful the mandate letter will specifically lead to increased action on Indigenous-led conservation proposals such as the Kaska Dena’s Dene K'éh Kusān and the Lower Similkameen’s sməlqmíx Protected Areas.

“Research shows that biodiversity thrives on Indigenous-managed lands and waters, and these are just two of the incredible proposals that would safeguard intact watersheds and create refuges for wildlife like caribou and many other species,” Ball says. “Their work allows threatened species to make a comeback, bolsters Indigenous rights to land and culture, and helps the province adapt to a rapidly changing climate, so it must be supported.” 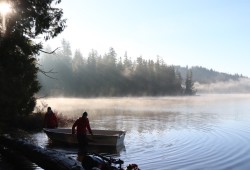 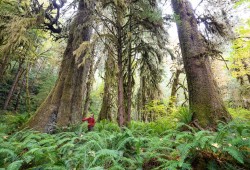 Indigenous knowledge prioritized for biodiversity as countries move on from COP15