At its Dec. 14 board meeting, the Alberni-Clayoquot Regional District (ACRD) passed resolutions on initiatives aiming to increase local Indigenous influence at the Long Beach Airport. And the Board also announced that it will be applying for a provincial government grant aimed at more fully developing the 835-acre airport site.

The ACRD Board of Directors will be working with the Tla-o-qui-aht First Nation to co-create a three-year Memorandum of Understanding, developing an agreement for the future of Long Beach Airport “that will support reconciliation and partnering efforts and provide mutual benefit to both parties,” according to the board’s Dec. 14 meeting agenda. In support of achieving the objectives of this MOU, the ACRD will be providing $27,500 in annual funding. This funding will be created by an increase in airport fees at Long Beach, with passenger fees being raised from $5 per passenger to $7.50 per passenger.

Tla-o-qui-aht Lands Manager Saya Masso presented to the board in June 2022, explaining the significance of the airport land from the First Nation’s perspective.  The airport’s creation story is fraught for Tla-o-qui-aht, Masso explained, because the land used for the airport is on their traditional unceded territory; this land was appropriated by the Canadian government for an airbase in the early 1940s. At the time, Tla-o-qui-aht leadership supported the development of the airport, but with the understanding that the lands and its assets would be returned at the end of the Second World War once the threat of a Pacific invasion was over. The government, however, did not stay true to their word, operating the airport until 2000, at which point it was transferred to the ACRD.

The plans for the MOU draw on the example of the 2017 Musqueam Indian Band - YVR Airport Sustainability & Friendship Agreement. This 30-year agreement outlines the “Social, Economic, Environment and Governance” pillars in the evolving relationship between YVR and Musqueam. The Tla-o-qui-aht and Long Beach Airport MOU could include various measures such as land acknowledgements, displaying the names of Tla-o-qui-aht Ha’wiih in the arrivals area, and that the ACRD and the First Nation meet regularly to ensure that the airport is meeting the needs of both parties.

“The ACRD has a high-level vision for the airport”, said Daniel Sailland, ACRD chief administrative officer, “but nothing is actionable without TLQFN and the recognition of the historical significance of those lands, which the airport currently doesn’t have. So, now we know better, how can we do better?”

At the same Dec. 14 meeting, the ACRD board also approved a two-year position for an airport project coordinator. According to Sailland, this position is not linked so much to the MOU with TLQFN.

“It’s a more operational position, although maybe at end of the two-year term that will look different,” he explained.

Although there are no Indigenous-specific hiring policies currently in place at the ACRD, Sailland explained that the ACRD has recently done an inclusivity project, and that he believed over time and with the creation of the MOU there will likely be policies that point in that direction, like in the YVR Musqueam Agreement.

Also on Dec. 14, the ACRD board passed a resolution to direct staff to submit a grant application for the province’s Rural Economic Diversification and Infrastructure Program (REDIP). This funding, if successful, will go towards the creation of the Long Beach Airport Land Use and Development Plan Project. According to the B.C. government website, REDIP is a new grant launched by the Ministry of Jobs, Economic Development and Innovation. The province is investing up to $33 million into the program this year to support projects that promote economic diversification, resilience, clean growth opportunities and infrastructure development.

At the Long Beach Airport, if the ACRD is successful in their application, according to Daniel Sailland, the grant would allow long-term joint planning with Tla-o-qui-aht, other West Coast First Nations and partners like Parks Canada. And this grant is particularly linked to the businesses operating out of Long Beach.

“Right now at the airport, there are only short-term, one to three-year leases,” Sailland explained, “but the ACRD wants other opportunities to use the airport’s substantial lands. The airport is pretty huge, with three runways, but a lot of that space that is not currently used. There are a number of small periphery businesses, but not a lot of permanent infrastructure or buildings, and the temporary short-term structures that are there match the investments of a three-year lease.”

The REDIP grant would therefore give the opportunity for the ACRD to create longer and more ambitious infrastructure projects at the airport – to invest in water, power and septic capabilities, and to generate revenue and add to economic job opportunities.

Finally, the COVID-19 pandemic is still casting its shadow on transportation plans in the region. When asked if all these measures indicate that the ACRD is expecting more air traffic at Long Beach in the near future, CAO Sailland said that before the pandemic numbers were up at the airport.

“But these measures are all about addressing unmet needs first and planning collaboratively together,” Sailland said.

And when questioned if the ACRD was investing is other forms of transit, Sailland explains that in fact the ACRD had, until very recently, firm plans on expanding transit to Vancouver Island’s west coast. However, at the September 2022 Union of BC Municipalities annual convention, the ACRD learned that because the pandemic has stalled demand for transit and affected its revenues, there was now no extra funding for their transit plans, and that the province had prioritized funding for larger transit expansions.

However, the ACRD has nonetheless re-started the West Coast Transportation Working Group, who are now actively looking into non-provincially funded opportunities. This is important, Sailland explains, because of how transit can alleviate the rising cost of living.

“By this summer we are hoping to have some options for a summer 2024 rollout,” Sailland said. “We are always open to more provincial funding, but unfortunately there is currently no indication of if or when it will return.” 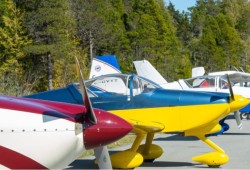 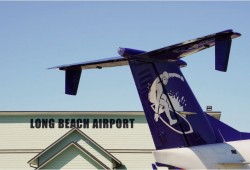 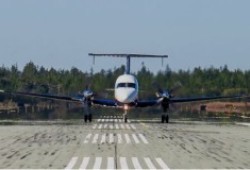