A lifelong Tofino resident, James Martin's many activities on the west coast fo Vancouver Island include surf photography. His work was recently published in an Australian magazine. (James Martin photos)

James Martin is hoping a passionate hobby might eventually turn into a steady money-making job in the future.

Martin, a 23-year-old member of the Tla-o-qui-aht First Nation who lives in Tofino, has dabbled in surf photography the past three years. His work got a recent boost – it appeared in a four-page spread published in White Horses, a popular Australian magazine.

“I didn’t think it was going to be that big,” Martin said of his initial publication in a magazine.

White Horses, a quarterly ocean lifestyle publication, bills itself as being widely considered the world’s best surf magazine. Martin was paid $500 for the pics and text he submitted to White Horses.

“The money was an added bonus,” he said. “The plan was just to get some of my work out there.”

Martin, a self-taught photographer, would welcome the opportunity to sell his pictures on a regular basis.

“For now it’s a hobby,” he said. “But some day down the road if it turns out to be a new career, I’d be happy with that.”

Martin said getting work published in North American surfing magazines can be rather challenging.

“There’s so many photographers out there,” he said. “It’s hard to get your work out there. People can only see so much of one place. The Canadian market has gotten saturated the last little while.”

Martin took all of the photos that appeared in the White Horses edition on British Columbia’s west coast. The majority were taken last summer and a few others were shot in the fall.

As for what it takes to get intriguing surf photos, Martin summed it up with one word.

That’s because one never knows what Mother Nature will be up to.

“You can go out there because the weather forecast looks like it’s going to be really good and it’s just not,” he said. “You never know what you’re going to get until you get there.”

Surfing, though, is not a relatively new activity for Martin.

“I grew up surfing and eventually got into the photography side,” said Martin, who was born in Port Alberni but has spent his entire life in Tofino.

Martin currently makes a living – a couple of different ways - by spending a lot of time on the water.

For the past 10 years Martin has had various active roles in the family business, Clayoquot Wild, headed up by his mother Carla.

And he’s also a commercial fisherman. He often joins his father Moses and younger brother Gary as they fish, primarily for salmon, halibut and tuna.

Moses Martin is a former Chief of the Tla-o-qui-aht First Nation.

As for Clayoquot Wild, which operates out of Tofino, it offers a number of different services. People can sign up to go deep sea fishing. Or they can go on whale watching tours. Or they can visit the nearby hot springs. Tours of the area’s history led by Moses Martin are also offered.

James Martin has been helping out with Clayoquot Wild wherever he has been needed.

“I’ve done everything from booking tours in the office to driving the boat,” he said. 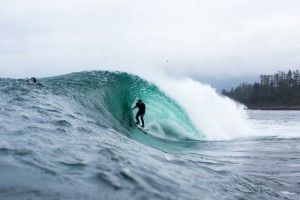 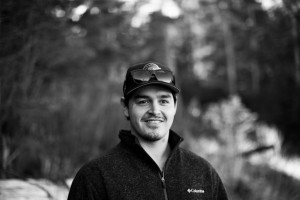