Many parts of the thimble berry plant were used for a great variety of medicinal purposes. They are very high in Vitamin C as well as A and can be used to treat scurvy. A poultice of the dried, powdered leaves can be used to treat wounds and burns, as well as the fresh ones to treat acne. A tea made from its leaves or roots can be used as a treatment for nausea, vomiting diarrhea and dysentery. Thimbleberry leaves can also be used as a natural toilet paper. (Photos by Dr. Nancy Turner)

There is a small corner of nearly pristine forest just south of Nanaimo that is home to dozens of edible wild plants blossoming under a vibrant forest canopy. Dr. Nancy Turner, co-author of Ethnobotany of the Nitinaht Indians of Vancouver Island, was one of the guides that led teaching tours through Wildwood Ecoforest on Sunday, May 20.

Wildwood Ecoforest is a 77-acre parcel of land, described as old growth forest, located near Ladysmith in the traditional territories of the Stz’uminus and Snuneymuxw First Nations.

Purchased in 1938 by W.A. Mervyn (Merv) Wilkinson (1913 – 2011), Wildwood was to be used for agriculture after being logged of its old growth Douglas fir. Wilkinson had originally planned to farm the land and went to UBC to take some agriculture courses. While there he met a forestry instructor from Denmark who saw the value in retaining the old growth forest, so he encouraged Wilkinson to study sustainable forestry instead.

Beginning in 1945 Wilkinson began selectively harvesting timber on his property at a rate of 160 cubic metres per year. Over time he developed a system that he called sustainable, selective logging. While his timber lot has been working since 1945 it still has the appearance of an old growth forest with few signs of logging activity.  He developed a method of logging that kept his stand in production at all times, maintaining the level of growth and never overcutting that rate of growth.

Wilkinson is quoted as saying, “I work with nature and I want to leave the forest a very attractive place when I’m done.”

More than 70 years after the first harvest of Wildwood, the land still has the appearance of a serene, vibrant forest. A narrow road winds through the forest from Yellow Point Road to Wildwood, passing a few private homes before reaching a grassy parking lot. There is a small wooden structure at the entrance and a newly built outhouse, the only buildings visible on the property.

The forest was quiet except for bird song, the sounds of traffic buffered by the mature trees. At a small clearing sits a pile of logs likely from a recent harvest of Wildwood. Nearby are two groups of people clustered around a guide.

Dr. Nancy Turner led one group, pointing at flowers and plants on the spongy forest floor, and sharing information about each of the plants.

She is difficult to hear with all the people surrounding her, all eager to learn. Some relay information to the back of the crowd, “that’s a rattlesnake plantain,” they whisper, pointing to a flower at their feet. For a brief moment, Turner’s voice carries to the rest of the crowd as she points out a tiny pink flower, “this one is from the star flower family,” she says.

And so it went. Turner would take a few steps, pointing out each discovery before explaining the plant genus and uses. There was the Rattlesnake Plantain from the orchid family, Yerba Buena from the mint family – good for tea. Above the ground there were the grand fir leaves which could also make a nice tea and young salal leaves that could be chewed for hydration in a survival situation or used as a poultice for wounds.

Everywhere one turned it seemed there was a food or medicinal plant and so much to learn.

That is what Ecoforest Institute Society wants to share with the public as they invite to explore Wildwood.

“Come learn about sustainable forestry practices, plant identification, uses, and how our First Nations neighbours stewarded the forest,” they wrote.

Dr. Turner is a Professor Emeritus in Environmental Studies at UVic. Although she says she is retired she is busier than ever with tours and lectures, now that spring has arrived. She shared with Ha-Shilth-Sa some of her knowledge on indigenous plant-use, always crediting the people who so generously shared with her.

The Nuu-chah-nulth knowledge-keepers, she called them. There was John Thomas of Ditidaht who co-authored a book with Dr. Turner. There was his mother and step father, Ida and Chief Charlie Jones of Pacheedaht, who are acknowledged in their book, Ethnobotany of the Nitinaht Indians of Vancouver Island, published in 1983.

“Nuu-chah-nulth knowledge holders and cultural experts I have learned from over many years include: Alice Paul and her son Larry Paul, her brother Mike Tom, George Ignace, and Alex Amos and family – all originally from Hesquiaht,” she wrote.

Also included on her list of knowledge holders are Robert Sport of Huu-ay-aht and Luke Swan of Manhousaht. From Ahousaht there are George Louie, Peter and Jessie Webster, Earl Maquinna and Josephine George, Richard and Marlene Atleo, Stanley Sam and Roy Haiyupis.

From these people Dr. Turner learned that Nuu-chah-nulth-aht carefully tended their plant food sources and when spring came they were able to harvest immense quantities of spring green vegetables – the first source of fresh produce after a long, protein-rich winter.

“Succulent springtime green vegetables that people used to harvest in immense quantities (as much as 25 kilograms or more at a time) included the young shoots of giant horsetail, cow parsnip, salmon berry and thimble berry,” she said. Turner went on to say that elders recalled how, when people would bring the vegetables to the community, often by canoe, they would have a big feast, usually around April or early May. The vegetables would be dipped in whale or seal oil before being eaten.

Now that the climate has warmed, the time to harvest the first spring shoots is earlier. “Now they would be a little too mature and woody,” Turner noted.

There are not as many of the indigenous plants that there once was, prior to contact. There are many reasons for the decrease. One reason is progress. Urban development is taking over once-productive plant habitat. There is also industry. Dr. Turner says the reason Wildwood is rich with plants is because it has always maintained a canopy of mature seed trees, never drying the soil out nor stripping the land which can allow invasive plant species to take over.

“Wildwood is an intact forest even though trees have been harvested, it has been maintained,” said Turner. Another reason for the decrease in plant production is that they are no longer being harvested for food. Turner said it was often the women that went out with sticks to dig roots, bulbs and rhizomes. By doing so, they loosened the soil, allowing water and nutrients to get to the roots.

Foraging for roots also caused the seeds to fall from the plant into the loosened soil, making a new crop for following years.

According to Turner, the women were selective in their harvests, taking only large roots and leaving small ones behind for next year. And when there was fish, some remains were taken to the plants as fertilizer.

“Alice Paul told me that there is a meadow in Hesquiaht that would be burned over to help the plants grow,” said Turner.

“I have been working in this area for 50 years and I learned so much – I didn’t realize just how sophisticated the management systems for looking after the resources were; how they worked to enhance the growth and productivity of the plant,” Turner said.

The Ecoforest Institute Society will work to keep Merv Wilkinson’s Wildwood legacy alive for future generations. “In the coming years EIS will establish Wildwood as an outdoor educational centre of excellence attracting ecotourists from near and afar,” stated the society. “It will continue to manage Wildwood as a sustainable working forest, demonstrating that timber and non-timber resources can be extracted from the property without destroying the natural cycles, integrity and structure of the forest.”

While Dr. Nancy Turner is booked solid this summer, she said she would be happy to visit Nuu-chah-nulth communities to share the wisdom and knowledge. “I am so fortunate to have learned from so many great people and it seemed they were thankful to pass their knowledge on in a good way – it was a mutual love of plants that brought us together,” said Turner.

Dr. Turner is booking into 2018. For more information email nturner@uvic.ca. 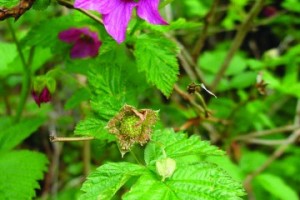 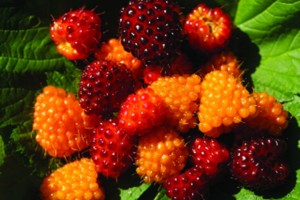 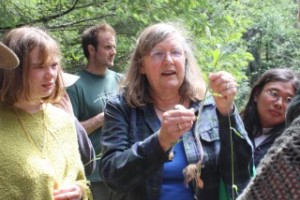 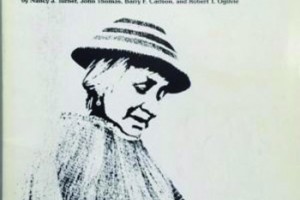 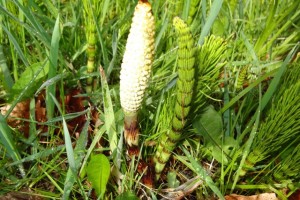