A sacred rattle, a fleeing tribe, an eagle eating a sockeye: Pacheedaht reflect on their origins and future with recent land purchase

Jimmie Chester leads singing and drumming to celebrate the Pacheedaht First Nation’s purchase of part of their ancestral land along the Jordan River at an event on June 21.

A story from ancient times has been told through multiple generations of how the breaking of a sacred rattle brought the ancestors of southern Nuu-chah-nulth nations to what is now recognized as their traditional territory. That incident occurred during a dance on Tatoosh Island, located off the northwestern tip of Washington State, which is the home of the Makah.

The late Peter Knighton, who lived the latter portion of his life at his ancestral home in the Carmanah Valley south of Nitinaht Lake, describes the story that was told to him by his father, Frank.

“At this Black Face Dance one of our ancestors broke a sacred rattle by accident, and being afraid for his life, he left with people of his family,” writes Knighton in his account Carmanah And Her Hereditary Guardians.

“The Makah loaned them a rattle, then one of the singers that was using the rattle dropped it, it cracked,” recalls Jimmie Chester, an elder with deep ties to the Ditidaht and Pacheedaht First Nations. “It just about started a war with that cracked rattle. The Makahs got angry about it, and the leader of Tatoosh Island said, ‘We’d better get out of here, there’s too many Makah people that will kill us all’.”

The fleeing tribe paddled by canoe across the Juan de Fuca Strait to the Jordan River, located on the southwestern edge of Vancouver Island between Sooke and Port Renfrew, where they lived for a number of years.

Chester notes that while some of the tribe from Tatoosh Island remained at the Jordan River, others migrated north to areas near Nitinaht Lake.

“There wasn’t enough food there to feed all of the people, so they got back in their canoe and they paddled towards Clo-oose and Whyac - but some stayed here,” says Chester.

“The ground was very rocky, so they could not grow vegetables and also there was no fish in the river,” writes Knighton. “This made it very hard for the people to survive, so eventually my family sent runners out in order to find a better place to live.”

During this journey north an eagle indicated to the paddlers where their new home could be.

Citing the importance of the Jordan River to their tribe as well as those within the Ditidaht First Nation, earlier this summer the Pacheedaht reclaimed a piece of their ancestral home by announcing the purchase of 28 hectares of land from BC Hydro.

Pacheedaht Councillor Tracey Charlie emotionally spoke about the importance of this at an event celebrating the purchase of the Jordan River land on June 21.

“I recall this to be a dream of our elders, to be back here to utilise the lands, to be able to have that forever grasp on our history, our identity,” she said. “Reclaiming some of our ancestral land is a great step for our nation, and this is forever ours. This will be ours to do with as we please.”

What will be done with the land is yet to be determined. The Pacheedaht are currently collecting ideas from their members, and at the June 21 event a board was set up for people to write suggestions. As the newly acquired land is on the shore of the Juan de Fuca Strait, Pacheedaht Chief Councillor Jeff Jones says the First Nation could build a surfing shop or other retail developments that would be appropriate to the area’s heritage.

Hundreds of people lived at the site after a power station was built nearby in 1911, but in recent years studies indicate a safety risk in the event of a megathrust earthquake. In 2014, while the land was under the ownership of the Capital Regional District, a BC Hydro study revealed potential danger to the Jordan River dam that would put downstream homes at risk following a significant earthquake. In 2016 BC Hydro acquired the property, deeming it “at risk” and had the land rezoned to prevent housing or overnight accommodation.

“There are some covenants that are attached to the deal,” notes Chief Jones on the details of the seismic assessment. “One of them is no overnight camping for the simple fact that the dam at one point can break loose at a 9.0-richter.”

“Public safety is a top priority for BC Hydro,” says President and Chief Operating Officer Chris O’Riley in a statement announcing the land sale to the Pacheedaht. “Since the properties have been purchased and rezoned to restrict residential use and development, the level of public risk has decreased. We’re also pleased to support the Pacheedaht First Nation with their plans in the area.”

Other historically significant acquisitions could be in store for the Pacheedaht, suggested Councillor Charlie while addressing the crowd on June 21.

“Although this isn’t the entire area that holds significance to us, it’s a start and we’ll continue to pursue other culturally significant sites,” says Charlie.

After the migration across the Juan de Fuca Strait – an event that could have occurred thousands of years ago - the tribe from Tatoosh Island joined First Nations people who were already living at the Jordan River. Two villages existed on either side: diitiida and Maple Beach.

Kevin Neary, an anthropologist who does consulting work for Pacheedaht and other First Nations, says refuse from domestic waste dumps and other evidence unearthed in recent years confirms the oral history of the southern Nuu-chah-nulth nations.

“They found artifacts and they also found midden deposits,” says Neary, noting that this recent archaeological work identified the exact location of these villages. “When the archeologists came in, they had found one archeological site; we knew there was another one. What the elders said was one village was that side of the river, and the other was on this side of the river, and that’s exactly what they found.”

Nuu-chah-nulth oral history tells that people continued to live in these villages until a great flood occurred in ancient times. Some floated to kaakaapiya mountain by Nitinaht Lake, where their descendants still live as members of the Ditidaht First Nation. Others, who are ancestors of the Pacheedaht, moved to p’a:chi:da, near what is now Port Renfrew.

Robert Joseph, chief councillor of the Ditidaht First Nation, says this common origin is why the Ditidaht and Pacheedaht are the same people.

“Ditidaht and Pacheedaht both originated here, and both came across from the states, from Tatoosh Island, probably thousands of years ago,” he says. “Part of the people stayed in Port Renfrew, and part of the people went up the coast.”

Pacheedaht elders have told that their people continued to go to diitiida for part of the year for the salmon run, berry picking, offshore fishing and hunting. Queesto, Chief Charles Jones Sr., was born in 1876 and lived to be 114 years old. Accounts from him presented by the Pacheedaht First Nation describe enough canoe runs made to diitiida each year to require several big houses in the late 1800s. The elder also recounted a slough at the Jordon River where a log sort is now located that was used to capture whales.

Over the last century and a half the Jordan River land and its surrounding area has been subjected to mining, the building of a hydro power station and forestry that ended when Western Forest Products put the property up for sale in 2010.  Today a number of boarded up houses remain at the site, the remnants of a community of hundreds that lived there after the power station was built over a century ago to generate electricity for part of Victoria. Slowly being reclaimed by nature with each passing year, the power station sits like an abandoned cathedral overtaken with graffiti.

Historically, the Jordan River was a landing point for trade amongst First Nations across the Juan de Fuca Strait to Washington State’s Neah Bay, and observations recorded in the early years of contact with Europeans show that the site was part of an international market.

“With the records that were kept, there was a lot of traffic going back and forth across the border, because it’s a huge trade route,” says Neary. “The Hudson’s Bay Company, when they originally established a port at Fort Langley, the next thing they did was they would send ships out here to sit off Neah Bay, because that was a big Indigenous trade network…all of the nations would be coming here.”

“We’ve never been thought of as separate until the government came and said we were separate bands,” says Joseph. “If you draw a triangle between Ditidaht, Pacheedaht and Cowichan, that shows you the minimum sphere of influence that the Ditidaht and Pacheedaht people had on this land, and they defended it against people.” 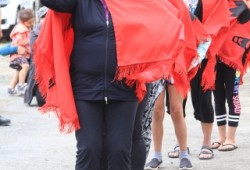 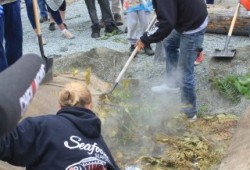 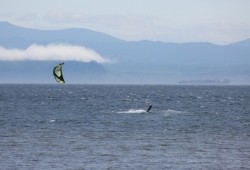 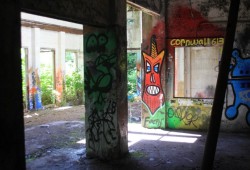 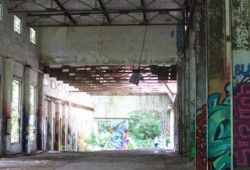