An urban gathering was held over the weekend for Nuu-chah-nulth living in northwestern Washington State. (Denise Titian photos)

The event started at 2 p.m. with snacks, mingling and a chance to make woven cedar bark crafts with Ditidaht elder, Geraldine Edgar-Tom. Others accepted the offer of brushings by Quu'asa staff.

Dinner was catered by Tseshaht elder Lorraine Williams and her family, who all reside in Lynnwood, WA. They served up the traditional turkey dinner with all the trimmings and roasted ham.

NTC President Judith Sayers told the people that she was happy to meet with them and is open to talking with them about their concerns. She told them that she hoped they would have fun that night.

Ahousaht elder Cliff Atleo Sr. started the evening off with a prayer. He said he would be thanking the Creator for allowing them to gather in the land of Duwamish and of the late great Chief Seattle.

The Nuu-chah-nulth people living in Seattle were invited back the following afternoon for more mingling, healing and information gathering. 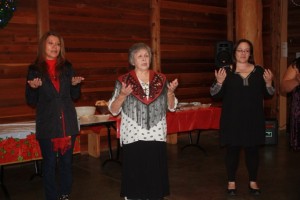 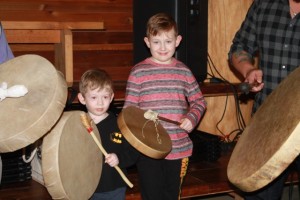 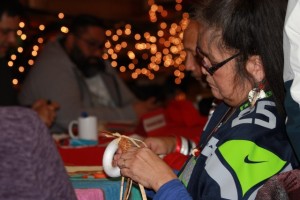 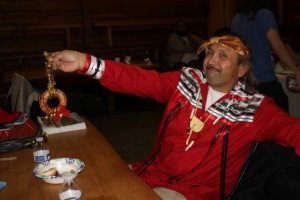 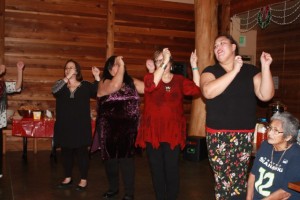 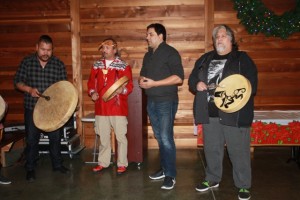