On Feb. 17 a cabin in the remote Warn Bay caught fire. The remains of the structure's sole occupant have now been identified by family as 63-year-old Joseph William Cousineau. (Submitted photo)

The human remains discovered in a burnt-out cabin at Warn Bay in Ahousaht territory on Feb. 25 have been positively identified and foul play has been ruled out.

Both the BC Coroner’s Service and the RCMP have confirmed that the remains were positively identified but could not release the name of the decedent due to privacy legislation.

However, Anamarija Cousineau has advised Ha-Shilth-Sa that the remains were that of her father, 63-year-old Joseph William Cousineau.

In an obituary posted on the Dignity Memorial Website, Anamarija posted that her father Joe Cousineau died Feb. 17 when his cabin caught fire.

The burnt cabin was not discovered until Feb. 25 when the Tofino RCMP and Canadian Coast Guard attended the scene to collect the remains and begin the investigation.

Cousineau was the only person living at Warn Bay, which is located deep in the Tofino Inlet, near Kennedy Lake.

RCMP Corporal Tammy Douglas said the file is still open but considered to be non-suspicious.

My heart is heavy with his loss,” said Anamarija. 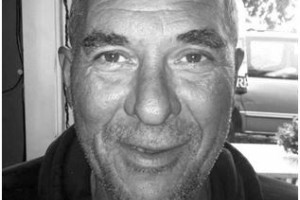