Students from Haahuupayak Elementary lead a group of singers at the Tseshaht Longhouse on May 3. (Eric Plummer photos)

A week of Nuu-chah-nulth teachings concluded at the Tseshaht Longhouse on Friday with an unprecedented gift of eagle feathers to the Port Alberni RCMP detachment.

A box of feathers from eagles - which hold a sacred place in the Nuu-chah-nulth world - were presented by School District 70 to members of the local detachment to be used by witnesses while giving testimony if they choose to hold a feather as an alternative to a bible. The feathers were provided with the assistance of the BC Conservation Service, who located eagles that died through accidental or natural means.

This practice began in Nova Scotia in 2017, when provincial courts allowed eagle feathers to be used while taking an oath. Since then the use of the eagle feather during legal proceedings has spread across the country.

Preceded by spirited performances by Haahuupayak Elementary School Students, the presentation of eagle claw and bear tooth necklaces and blanketings, the gift of feathers wrapped up five days of the Eagle Teachings workshop. Facilitated by Jessica Sault, high school students and staff took in an education on Nuu-chah-nulth cultural protocols, history and the recognition of “mother earth teachings” as a means of respecting the land and waters. Also present were RCMP members, personnel from Fisheries and Oceans Canada, as well as the BC Conservation Service. 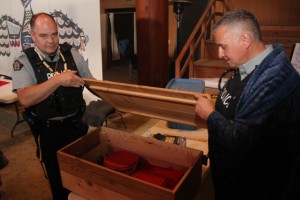 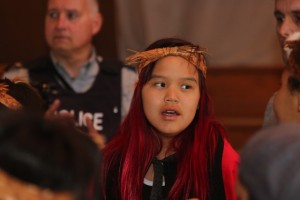 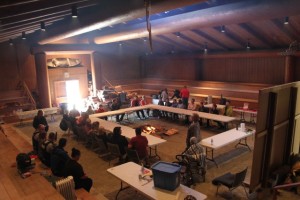 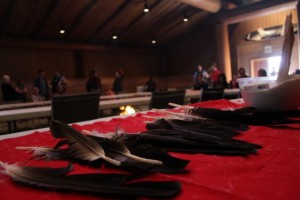 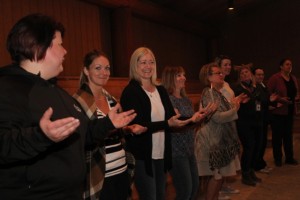 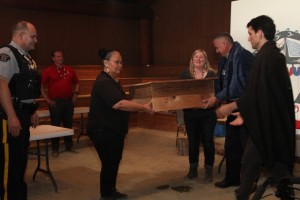