A PhD project is underway to investigate relations Nuu-chah-nulth patients have with physicians, nurses and other medical professionals while receiving treatment. (volganet.ru/Wikimedia Commons photo)

Megan Muller is working hard to identify gaps in the medical system for Nuu-Chah-nulth patients.

Her research study, called the Nuu-Chah-Nulth Patient Voices Project, involves sitting down with a number of people from the community, as well as nurses and doctors in a variety of healthcare facilities in Nuu-chah-nulth territory. The selection pool is small, but the findings will still help her better understand what can be done to improve issues Nuu-chah-nulth people might face when seeking medical assistance at hospitals or clinics in the area.

“We’re working with Saint Elizabeth Research Centre, which is good because they really focus on what they call ‘knowledge translation’,” said Muller, adding that her study is made possible through the Health System Impact Fellowship grant from St. Elizabeth. “So, how do we actually make change with the things that we found out? And we’re working with Island Health. The intent is to come out with something that Island Health can take and use…hopefully we’ll work towards a set of guidelines.”

According to Muller, she and a team that includes Nuu-chah-nulth community members - like Jeanette Watts, Matilda Atleo, Gail Gus, Rose Jack, and Margaretta James - are inviting physicians with family practices in Port Alberni and Campbell River to participate, as well as doctors at the West Coast General Hospital and the Gold River Health Clinic. They’ve also partnered with the communities of Tseshaht and Mowachaht/Muchalaht.

The study will be qualitative, rather than one based on hard statistics, and video will be the medium. Community member Nitanis Desjarlais is the assigned videographer. The idea is that video might generate conversation in a way that other mediums, such as reading and writing, might not. And the videos will be shared between all the participant groups to keep the conversation going further.

Muller completed a PhD project on a similar topic, so she has experience in this subject area. In that study she worked closely with the NTC nurses, learning about the work they do, and how it differs from a mainstream model of nursing, because of their culturally specific approach. Time rang out as a key issue in her study results.

“Something both the nurses and the community talked to me about is the importance of taking time,” said Muller. “Sometimes they’re dealing with complex health issues, or they might be working with someone who survived trauma, so it’s really important to have that time to address the whole picture. And from what I’ve seen that’s really effective.”

So far, Muller has completed six interviews with community members. She has yet to talk with physicians and get their take on the situation. And she also wants to bring NTC nurses into the equation again because of their expertise on the topic. She has until August to complete her work.

Some of what she has heard so far has been disappointing. She has heard stories of doctors claiming patients were “drug seeking,” when in fact, the patient was prescribed drugs they didn’t even want by another doctor. And she has also heard stories of friends and family being kicked out of hospitals and clinics when their support was vital to the well-being of the patient. In one case the patient’s ally who was removed had background information that the patient couldn’t share because of the condition they were in. Muller also hears frequently that patients feel they can’t trust their doctors when they speak about their health.

But it’s not all negative. One story that was shared with her was of a patient who had a great nursing team, and whose family was allowed in during much of their hospital stay. The family sometimes hosted ceremonies at the hospital, which other patients joined in on, as well. Everyone around them benefited, said Muller. It’s these kinds of stories she is hoping to help make happen more in the future--or at least find some solutions to a few of the problems that keep coming up. She knows she has to navigate between what would be ideal for patients, and what’s actually possible within the current medical system. The changes might have to be small at first, she said.

“I’d like to see if we can contribute to figuring out a way—maybe not the way, because it’s probably lots of little things and different for each clinic or community—but a way of how these ideas can be implemented in practice,” Muller said. 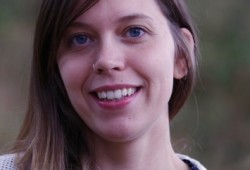