A dugout canoe was transported to Yuquot on May 29 after sitting in the woods near Marvinas Bay for over a century. (Kevin Kowalchuk photo)

After being left in the Nootka Island woods for at least a century, a dugout canoe has been transported to the nearby village site of Yuquot.

The traditional Nuu-chah-nulth-style dugout canoe – or capac in the Mowachaht dialect - was airlifted by helicopter to the traditional village of the Mowachaht/Muchalaht First Nation on Wednesday, May 29. Lifelong Yuquot resident Ray Williams said he was informed of the discovery earlier in the month by a forestry company, who were surveying land around Marvinas Bay, located eight kilometers north of the ancient village.

“The engineers told me that they walked by it several times,” said Williams. “Finally they lifted it up, the moss fell off and [they] discovered that it’s a canoe.”

Measuring approximately 30 feet in length, efforts in early May to transport the capac were unsuccessful, as the cedar vessel’s weight was too much for the helicopter.

Williams estimates that the capac is between 100 and 200 years old.

“If it’s over 200 it would just rot away,” he said, noting that one end is already rotten.

Nuu-chah-nulth canoes were traditionally carved in the forest, near where they were felled. This isn’t the first time Williams has heard of a capac being discovered among the trees around his ancestral home.

“There’s been several canoes discovered in my lifetime of living here,” he said. “People carve a canoe in the forest, and something stops them from finishing it – either by storm or family problems or something – and they just have to leave the canoe there.”

It is yet to be determined by the Mowachaht/Muchalaht First Nation where the capac will remain.

Considered by archaeologist to be a repository of First Nations history, Yuquot has regularly been the site of discoveries that illuminate our understanding of Nuu-chah-nulth heritage. An extensive archaeological study commissioned by Parks Canada that began in the 1960s found evidence of human habitation for the last 4,300 years. 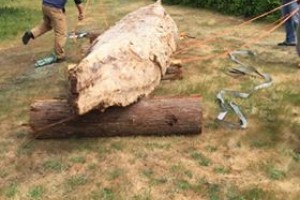 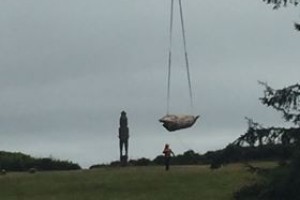 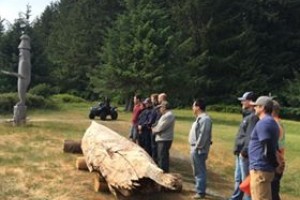