The planning and fundraising efforts for the annual NTC Tlu-piich Games got off to a late start, but Mercediese Dawson, Tlu-piich Games Coordinator, says fun was had at the golfing fundraiser which drew in about $1,700 after costs.

Eight teams sponsored by local businesses registered for the event; some paying up to $1,800 per team. Seven of the teams showed up for fun in sun at the Alberni Golf Club on Friday, July 12.

The afternoon of golf was followed by a gala dinner complete with awards ceremony as well as silent and live auctions.

Dawson would like to thank Alberni Golf Club and all the local businesses that stepped up to provide support for a fun event for Nuu-chah-nulth children.

“They helped us pull things together last minute with donations of auction items in half the time than we normally have,” Dawson said. “It wouldn’t have happened without businesses of Port Alberni; this really shows the support and connections we have around town and around Vancouver Island and we are grateful for that.”

The committee will prepare a full listing of people and businesses that contributed to the success of the 2019 Tlu-piich Games. This will be published in a future issue of Ha-Shilth-Sa. 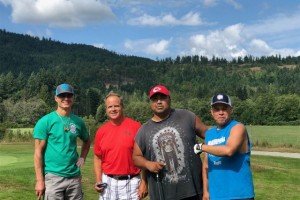 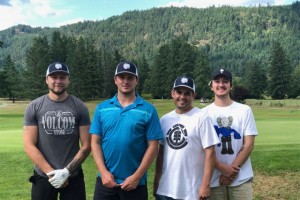