Housing and transportation continue to be the highests living costs for those living in the Tla-o-qui-aht community of Opitsaht, located a short boat ride across the water from Tofino. (Eric Plummer photo)

The Living Wage is the hourly wage required by one of two working adults in a family of four to meet basic expenses. It has decreased by 48 cents since the last calculation in 2017, falling from $20.11 in 2017 to $19.84 today. All of the living wages decreased across the province, due to British Columbia’s introduction of childcare initiatives, offsetting the cost of living.

“We’re calling it a win for families with children,” stated CBT Program Coordinator Faye Missar, in a phone interview. “It speaks to the power of healthy public policy.”

Other family types on the west coast, however, such as single people, elderly people, and those without children, explained Missar, did not see a decrease in their cost of living. Although the provincial childcare initiatives have decreased expenses for families with children, the cost of living itself is still increasing province-wide.

The Clayoquot Biosphere Trust calculates the region’s Living Wage in order to encourage local businesses and the provincial and federal governments to consider current costs of living, explained Missar. The Living Wage can draw attention to different factors that affect the cost of living, and highlight areas where family living costs can be reduced at government levels.

Grandma Marg’s Clubhouse, a childcare facility in Tofino, is one such attempt at reducing family expenses. The facility is one of 50 prototypes participating in a province-wide pilot project, and offers daycare services at the rate of $10 per child per day. Expansion of sites offering these rates could improve and bring down the Living Wage in the future.

People living in communities such as Opitsaht and Hot Springs Cove must travel by boat to access amenities and services available only in the larger centres of Tofino and Ucluelet. Transportation on land is an ongoing issue as well. These costs are not captured in the Living Wage calculations. The Alberni Clayoquot Health Network is currently engaged in a feasibility study with BC Transit, targeting transportation barriers in the region. A west coast public transit system could reduce community members’ travel costs, increasing access to employment, education, and other essential needs such as groceries and health care.

Iris Frank, education manager at Tla-o-qui-aht First Nations, has lived in the region for the past 16 years. Housing and transportation are the two highest costs for people in her community, she said in a phone interview, and job availability is an issue as well.

“Many people will work in minimum wage jobs, in the tourism industry,” stated Frank. “There’s not much to choose from out here. It’s seasonal; we face a lot of high-cost challenges. There’s times when families have to choose – food for my kids, or pay rent.” 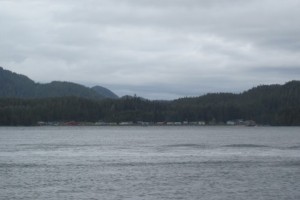