In a push to be more inclusive at their AGM, Ahousaht’s chief and council gave the children an opportunity to say what they want to see in their village. Prior to the AGM the kids were asked by their teachers to share their ideas.

Each class from Kindergarten up to the high school grades presented their ideas at the Ahousaht Annual General Meeting on Sept. 11.

“We invited you here so that you could share information with us,” said Ahousaht Councillor Melinda Swan.

With teachers guiding the presentations, the children took turns showing their artwork and talking about the things they want to see in Ahousaht, as well as things they would rather not have around.

From the younger grades all the way up the kids talked about wanting more recreational activities and equipment. Ahousaht is accessible only by boat or float plane, so it is difficult for families to get to cities where they can access recreational facilities.

The kids dreamed of having more playground equipment, basketball courts, an indoor trampoline facility, a swimming pool and even a roller coaster or amusement park. Some wished for a school bus now that Ahousaht has grown so much.

Some talked about wanting a safer community, free of alcohol, drugs and fighting. They suggested there be a volunteer citizen patrol to keep their community safe and clean. One wished there was more police. They said they don’t want to see vandalism, litter, alcohol, marijuana, smashed glass and sharp objects around the school.

Some said they wanted to see fences to keep the dogs in. Others asked for new roads, restaurants, food banks, community gardens, better Wi-Fi, a health spa, and places to shop.

Many of the children want to see community activities like running groups, a female warriors program to complement the male Warriors Program. They talked about video game clubs, dance competitions, and Ahousaht fair or festival.

The Maaqtusiis High School students conducted a survey among the students about what they envision for their community. They presented the results from 60 respondents.

They went to say that they want to see more youth activities, like sports, arts & crafts – things they can do together. They would like to be more involved in conferences and retreats. They want a clean community and would like to see more clean-up days.

They asked for support for people dealing with alcohol and drug issues and they want to see better care taken of the dogs.

Chief Louie said he heard almost every group say they need a new school, new gym. He was pleased to announce that they have completed a feasibility study for a new school.

Maaqtusiis Elementary School is at least 33 years old, he said, adding that the average lifespan for a school is 40 years.

“We have a dream for a new elementary school and we are moving on that, but it will take some time,” he told the students.

He vowed to listen to what was said, adding that he’d like to make all their dreams come true.

“Our children are telling us what they want and don’t want in their community and we need to listen to them,” Louie said.

The information will be reviewed at an upcoming Ahousaht Strategic Planning meeting. 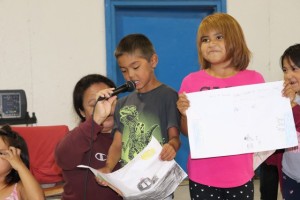 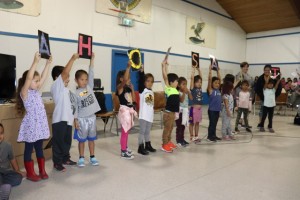 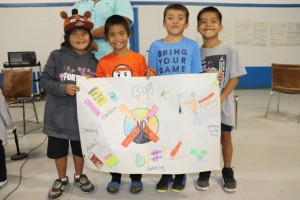 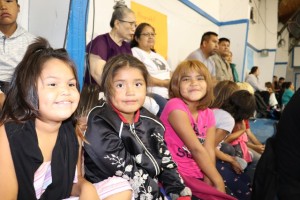