The Alberni District Secondary School gym was filled with elementary-aged wrestlers on Nov. 1. The end-of-season tournament included squads from Wood Elementary and E.J. Dunn, among several other schools in the region. (Eric Plummer photos)

Though she hasn’t wrestled herself since graduating from high school back in 2012, Daley Forbes once again found herself as part of a team this year.

Forbes, a member of the Hesquiaht First Nation, was one of two Nuu-chah-nulth individuals who helped coached the Port Alberni-based Wood Elementary School wrestling program this season.

Also helping coach the squad was William Merry, a member of the Tseshaht First Nation. Merry, 18, helped coach at Wood Elementary, his former school, the last four years, while he was attending Alberni District Secondary School.

About 20 students, from Grades 4-7, participated with the Wood Elementary squad this season. The club had its season-ending tournament at Alberni District Secondary School (ADSS) this past Friday, Nov. 1.

Wood Elementary placed fifth out of 10 schools in the over-all team standings at the year-end event.

Forbes, 25, was content with her squad’s middle-of-the-pack finish, explaining a handful of other schools were expected to fare well since they had considerably more entrants.

“I think we have quite a smaller team than Alberni, Maquinna and Neill,” Forbes said. “They are the larger teams in the valley.”

The top six finishers in each weight class earned points towards the team totals. Not all of the divisions, however, had six (or more) entrants.

Alberni ended up convincingly winning the team title with 298 points. Maquinna was next in line with 171 points while Neill placed third with 154 points.

Ucluelet, which accumulated 150 points, also finished ahead of Wood Elementary, which racked up 122 points.

The other schools that had representatives at the meet were Howitt, EJ Dunn, John Paul II, Haahuupayak and E’cole Des Grandes-Ceders.

For those with the Wood Elementary squad, the wrestling season this year also included two other tournaments, both staged in October. Wood Elementary hosted one of those events while Maquinna welcomed athletes to its school for the other competition.

Thirteen of the Wood Elementary participants in last Friday’s tournament ended up placing in the top three of their category.

And those who finished third in their categories were Izaiah Geddes, Ellie Doherty and Janna Hiltz.

Forbes was able to help coach the Wood Elementary squad as she took off a semester from her athletic and exercise therapy program from Victoria’s Camosun College. She stayed home this semester to assist her grandmother, who has some health issues now. Forbes is planning to resume her college studies in January. Forbes, a graduate of ADSS, enjoyed the fact her semester off college also enabled her to help out with the Wood Elementary program.

“That keeps me involved in the sport,” she said. “And I get to see other athletes grow. I like still being involved. And I wanted to volunteer and give back a bit now.”

Forbes added she enjoyed the fact that some of the Wood Elementary team members were new to the sport.

“I get to see them grow into little young wrestlers,” she said.

Once she returns to Victoria in the new year, Forbes said she will try to see if she can connect with an elementary school squad in the city and join its wrestling program.

“I think I will stay with a wrestling team and always be involved in coaching,” she said.

As for Merry, he was interested in giving back to his former school right from his first year at ADSS. Wood Elementary did not have a wrestling program when Merry was a student there.

“I just wanted to go back and help out,” he said. “It just became a part of me after that.”

Merry said his interest in the program was enhanced because Wood Elementary had a number of keen athletes.

“There were kids there and they were ready to learn,” he said.

Merry was unsure if he would be able to continue his coaching duties this season since he started his own college studies.

“I found it hard at first,” he said. “But once I got into it, things were okay.”

The Wood Elementary squad practiced twice a week, on Tuesdays and Thursdays after school. Merry said some athletes from his club exceeded expectations at Friday’s final tournament.

“It was sort of a surprise,” he said. “Some of them did better than I thought they would.”

Though he’s hoping to continue coaching in the future, it’s unlikely Merry will return to the Wood Elementary program in 2020. That’s because he is planning to move to Nanaimo next year and transfer to Vancouver Island University.

“I was hoping to try and find another coaching position in Nanaimo,” he said. “So I might try and contact some people there.” 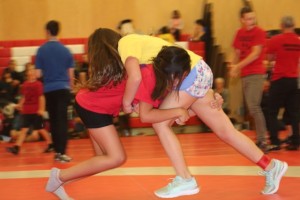 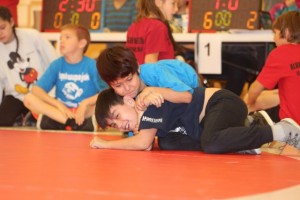 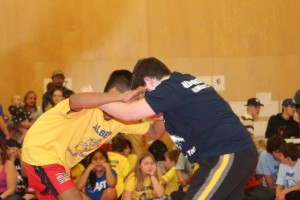 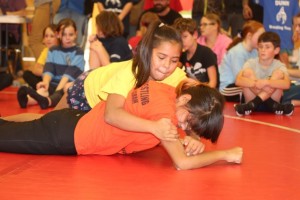 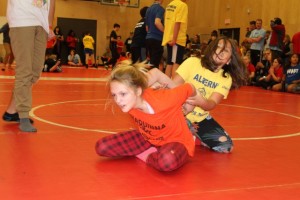 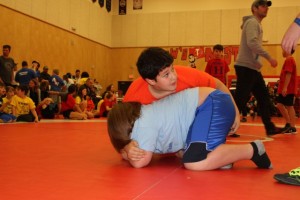 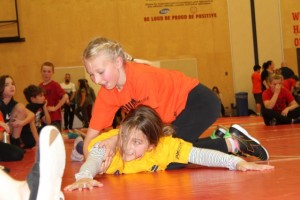 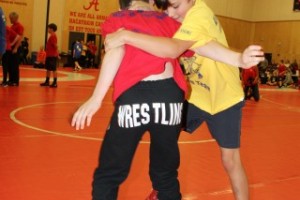