Application forms for Indian Day School Class Action Settlement are now available for those who attended and suffered abuse or harm at a federally funded Indian day school. The forms were made available online at the Indian Day School website on Jan. 13, 2020. https://indiandayschools.com/en/

Indian Day Schools, funded by the Government of Canada, operated mostly on Indian reserves from the late 1800s to, in some cases, as late as 1985 in Ahousaht.

According to the settlement claim, Canada not only funded these institutions but also designed, maintained and controlled them with the goal of stripping students of their Aboriginal culture and identity to prevent these qualities from passed on to future generations.

“Canada set out to cause damages, for which relief is claimed, by intentionally breaking the link of the Plaintiffs and Class members to their culture and identity,” reads the claim overview. “Indian Day Schools were designed and operated to create an atmosphere of brutality and intimidation. The Crown knew, or ought to have known, that this would result in the systemic infliction of severe physical, mental and sexual abuses to the students attending Indian Day Schools.”

In 2009 Garry McLean started a legal action regarding the forced attendance of Aboriginal students at Indian Day Schools across Canada. This national class action is the first of its kind and seeks compensation for the damages and abuses suffered by all Indian Day School students who were excluded from the Indian Residential Schools Settlement Agreement.

A decade later, on March 12, 2019, plaintiffs in the McLean case announced the settlement of a nation-wide class action lawsuit against Canada brought to compensate survivors for harms they suffered while attending federally-operated Indian day schools. The settlement includes all survivors who attended federally-run Indian day schools, including First Nations, Inuit, and Métis peoples.

According to information contained in the consolidated settlement agreement papers, Canada will pay the sum of $1.27 billion dollars to the McLean Day Schools Settlement Corporation for the purpose of funding Level 1 settlement claims as described in the claims process. Should the amount be insufficient to meet the number of Level 1 claims additional funds of up to $1.4 billion will be provided.

Any surplus from amounts paid by Canada along with accrued interest remaining after all Level 1 payments have been made will be reassigned to provide funding for legacy projects.

To be eligible for compensation, survivors must have attended one of the identified Day Schools on the List of Federal Day Schools (Schedule K) and must have experienced harm.

Attached to the claim form is a schedule of abuses ranging from Level 1, which would include verbal abuse, to physical abuse described as including, but not limited to, unreasonable or disproportionate acts of discipline or punishment. Claimants at Level 1 would receive $10,000.

At the other end of the scale is Level 5 which would include repeated overt sexual abuse and/or physical assault that caused long-term injury, impairment or disfigurement. Claimants in this category would receive $200,000.

The claims process is designed to be simple and easy for people to use, avoiding retraumatizing survivors. Survivors will not be cross-examined or put on the stand and questioned about their stories. There will, however, be longer claims forms for survivors eligible for higher compensation.

The Settlement Agreement provides that there should not be an impact on benefits including social assistance, OAS, and CPP. Payments from this claim are not taxable nor will they affect CPP benefits.

Provisions have been made for family of day school students who have died, however, the claim is limited to a certain time frame.

While family members are not eligible to receive direct compensation, the executor of the estate of a late class member who died on or after July 31, 2007 can make a claim on behalf of the deceased. To start this process, you will need a copy of the death certificate.

Why 2007? Because the law constrains time frames based upon the original filing date of 2009, and the application of the general two-year limitation period. The Indian Day School class action was filed in 2009, so the cut-off date is July 31, 2007 for this case.

In addition to individual claims, the settlement will provide a legacy fund.

“The settlement recognizes that harm was experienced not only by individual people, but also by families and whole communities. That is why it also includes a $200M Legacy Fund to support commemoration projects, health and wellness programs, as well as language and culture initiatives for Indigenous communities,” states the Indian Day School website.

In order to receive a payment, download application forms at www.IndianDaySchools.com or by calling 1-888-221-2898.

On the website is a listing of eligible Canadian Day Schools; these schools are the only ones being recognized for those eligible for compensation. The listing is called Schedule K.

There are five recognized Indian day schools that operated in Nuu-chah-nulth territories:

Resolution Support Worker Richard Watts notes that there were Day Schools operating in Hot Springs Cove and on the Tseshaht reserve, but they were excluded from the schedule. He said he believes that they were excluded because they were not funded by the federal government. He went on to say that the Schedule K listing of federally-run day schools has been recognized in the courts as a final list.

There is at least a half dozen other day schools that operated on Vancouver Island on the schedule including schools in Alert Bay, Campbell River, Chemainus, Cowichan and areas in and around Victoria.

The plaintiffs in this matter have been represented Gowling WLG, a national law firm which is recognized for its work on behalf of First Nations and Aboriginal organizations across Canada.

Survivors can find the claim forms online or, if assistance is required, may contact a resolution support worker at Teechuktl Mental Health in Port Alberni at 250-724-3939. 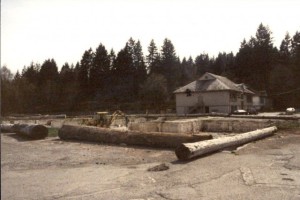