Surviving the Flood, by the Tseshaht First Nation’s Crisis Wellness Coordinator Gail P. Gus, brought together a variety of resource people and concerned citizens from all over the Alberni Valley for two days of brainstorming how to address the opioid crisis the entire community is struggling with. (Denise Titian photos)

Surviving the Flood, organized by the Tseshaht First Nation’s Crisis Wellness Coordinator Gail P. Gus, brought together a variety of resource people and concerned citizens from all over the Alberni Valley for two days of brainstorming how to address the opioid crisis the entire community is struggling with.

“The gathering aims to draw together the strengths and resources that already exist within our community to collectively develop a strategic plan to address the opioid crisis in the Alberni Valley,” said facilitator, John Rampanen.

Funded in part by the First Nations Health Authority, Surviving the Flood is a gathering and workshop seeking community-driven solutions to address the opioid crisis in Port Alberni.

Besides members of the RCMP, there were front-line workers, political leaders from the local First Nations and concerned citizens in attendance.

“This is open to everyone,” said Gus.

In October 2019 there were 69 overdose deaths in British Columbia. During that same month there were no deaths reported at supervised drug overdose prevention sites.

Many of the front-line workers who attended the Surviving the Flood gathering seemed to concur that a caring approach, the human touch, is what is needed to turn the crisis around.

Gus is passionate about helping to find solutions for families struggling with addictions and unresolved trauma. She shared with the crowd that she lost her only child to suicide.

“When we found him, he had a phone number in his pocket – it was the number of a known drug dealer,” she said.

She went to say that she was grateful for the 30 years she had with him.

“He taught my purpose,” said Gus.

She doesn’t believe that the war on drugs is working.

“It is everywhere and everyone is affected,” said Gus, adding that addictions often have their beginnings in unresolved trauma. “Let’s talk about the elephant in the room – sexual abuse.”

She noted that people are forgiving churches and other entities, “we need to talk about it and forgive one another.”

“I’m here because I really care,” she said.

In a past Ha-Shilth-Sa interview Amos shared that she works one-on-one with homeless and/or addicted people, helping them overcome barriers and treating them in a way that preserves their dignity.

People battling addictions come from all walks of life. You see the ones in the streets but there are also sporadic addicts.

“There are the people on fixed incomes or the weekend warriors – the ones that work, use on cheque days until they’re broke and stay clean until the next pay day or cheque day,” said Gus.

She hopes to find a way to get supports in place to keep these people from advancing further into addiction.

Many of the front-line workers who spoke shared personal stories of why they want to help. Most stories included losses of important family members.

A man named Mark pointed out that there is a lot of negativity associated with how people talk about addicts.

“Blame, disrespect and treating people like garbage is not the solution,” he said.

He asked the crowd to look to the light to find answers.

“It may take a generation (to turn it around),” he added.

John Rampanen and Nitanis Desjarlias were invited to lead the discussions over the two days. With teachings firmly rooted in Indigenous culture, John, Nitanis and their family brought the cultural component to help move forward in the search for solutions.

Over the two days participants worked in breakout groups, discussing the issues and proposing solutions. They said there was a need for more funding for treatment centres. In addition, there is no detox facility in Port Alberni; people talked about unconventional ways to address this need. One idea is to provide detox services at a First Nations facility on reserve.

The people also talked about prevention and raising awareness of the dangers of drugs for the youth.

He said people need to stop fearing the big dealers in the town.

He also talked about hearing what the children have to say and teaching them healthy coping skills.

The Surviving the Flood event ended with a commitment from the attendees to reconvene for a review of the information they built over the two days and continue to develop strategies. Gus says this event is open to everyone in the Alberni Valley and especially to Nuu-chah-nulth leaders and front-line workers.

“We don’t know what’s going to happen or what is going to work but we know we need to try something different,” said Kelly Foxcroft-Poirier.

“All of Port Alberni is in my heart; my job is Tseshaht but I care about all – I don’t see us separated by that bridge,” said Gus.

The opioid crisis strategic planning session for Port Alberni wrapped up Feb. 6 with attendees committing to reconvene at Maht Mahs March 13, 2020 to build on the work they started at the Italian Hall.

Gus says that the upcoming session will start with lunch followed by a review and discussion around the information compiled from the Feb. 5/6 event.

“Everyone is welcome; we will have a dinner and I will stay for as long as it takes to hear everyone,” Gus vowed. 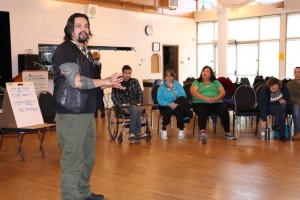 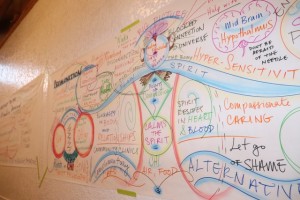 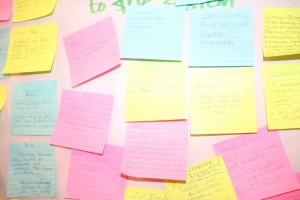