Corey Anderson's mini longhouse is about one foot wide by one-and-a-half feet and about eight inches tall. The roof of the longhouse opens wide to show the inside with a fire pit and a bench. (Submitted photos)

With access to the Tseshaht Longhouse unavailable during the COVID-19 pandemic, a Tseshaht man has built a miniature replica of the facility where he’s made many lasting memories.

Corey Anderson said it’s always been in the back of his mind to build a Nuu-chah-nulth doll house, but his idea finally came to fruition after adding some upgrades to his son’s bedroom.

“I figured I needed to do something for my daughter too,” Anderson said. “I got a bunch of scrap wood I’ve been saving up and now I finally had the time to do it.”

The mini longhouse is about one foot wide by one-and-a-half feet and about eight inches tall. The roof of the longhouse opens wide to show the inside with a fire pit and a bench. Anderson said his five-year-old daughter Annika loves her new longhouse and so does her big brother Odis.

Anderson frequents the Tseshaht Longhouse, using the space for drumming practice on Tuesday nights. He said he’s been missing the facility since the COVID-19 pandemic has caused social distancing.

“Just when I was going to open the longhouse again for practice on Tuesdays we couldn’t anymore so I improvised I guess,” Anderson said.

Anderson said he’s shared a lot of great moments in the Tseshaht Longhouse with his friends and that he believes people are really missing the space right now.

“Every week it’s something new, new people show up. There’s always a good healthy group of people and you have such a good sleep after you go and practice,” he said. “There’s lots of people who post online about just needing that culture but they can’t. It’s not the same when you’re online as it is when you’re with a group of people in person.”

With lots of scrap wood remaining, Anderson joked that maybe making mini longhouses will be his new hobby.

“I’ll sell them at a craft fair or something,” he said with a laugh. 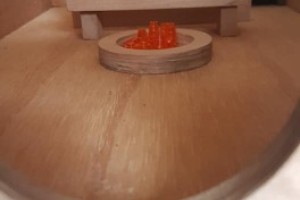 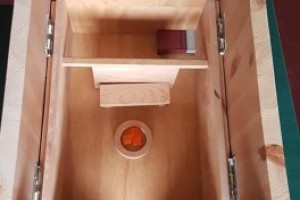 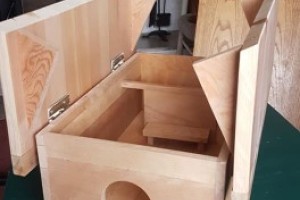