A popular windsurfing campground park on Nitinaht Lake is just one of the numerous Indigenous businesses closed indefinitely because of COVID-19 issues. (Rebecca Page photo)

Just a few short months ago, many Indigenous business owners from coast to coast to coast were preparing for what they were hoping would be another successful year.

The Indigenous tourism industry in Canada was growing at an impressive rate.

“During the last three years regular tourism in Canada was growing 13-14 per cent,” said Keith Henry, the CEO of the Indigenous Tourism Association of Canada. “But (Indigenous tourism) was growing at about 25 per cent during that same comparative time.”

But now Henry is warning without some financial support in the near future the entire Indigenous tourism industry across the country could collapse.

That’s because all but a few of the 1,900 Indigenous-owned businesses in Canada have already been forced to close their doors because of COVID-19 concerns. Extended closures will in all likelihood result in the permanent loss of many of these businesses.

ITAC officials believe if the entire Indigenous tourism season is lost for 2020, that as many as 40,000 people who work at these businesses will lose their entire income for the year.

Henry believes the day when many Indigenous businesses declare they will close up shop for good is fast approaching.

But there is still some hope.

The federal government has announced various plans of how they are trying to help during these unprecedented challenging times by offering some assistance through programs like Employment Insurance, wage subsidies and work-sharing ventures.

“A lot of (Indigenous) businesses would have limited success applying to those programs,” Henry said. “We have done very little business with them.”

A large number of Indigenous businesses across Canada are relatively new and haven’t yet shown any profits. As a result, they would not be eligible for BDC or EDC loans that are being offered.

ITAC is doing its share by announcing it has created a $1.2 million stimulus grant fund. This money will enable 140 Indigenous businesses to each receive $25,000 grants.

He’s is calling on federal officials to immediately top up this funding. ITAC officials are hoping the federal government steps up to increase funding for its stimulus grant fund by $2.3 million, for a total of $3.5 million. This funding would provide some immediate relief for Indigenous businesses that are deemed to be most at risk of going under.

In previous years ITAC has offered $10,000 grants in the fall to various Indigenous businesses. Henry added ITAC is doing what it can by boosting the amount of these grants, and offering them in the coming weeks instead of the fall.

For some time now Henry has been in daily contact with officials from Indigenous Services Canada and with representatives for Melanie Joly, the minister of Economic Development and Official Languages, stressing the importance of getting immediate funding to Indigenous business owners.

“I’m hopeful,” Henry said. “But I’m losing hope by the day. It feels like it’s lost its sense of urgency.”

A prime example of an individual on the verge of losing everything is Tseshaht First Nation member Naomi Nicholson, who owns not one but two Indigenous businesses. For more than eight years Nicholson has operated the Secluded Wellness Centre, an award-winning business that specializes in massages. And since July of 2018, Nicholson has also operated Chims Guest House, which offers an Indigenous-themed experience for its visitors.

On Monday, March 30, Nicholson made a heart-wrenching video of what life is like now that she has closed both of her businesses and has no income coming in. The video, which is slightly more than four minutes long, can be viewed here:

“It took a lot for me to do that video and lay it out on the table,” said Nicholson, who lives with her husband Ed and her two adult step-children.

Nicholson is uncertain what her life will be like even when businesses eventually start opening up again. She is debating whether she wants to continue operating the Secluded Wellness Centre as the thought of offering massages sounds terrifying to her now.

“I am so scared to touch anybody,” she said. “I don’t know if I want to touch strangers.”

As for Chims Guest House, all of the reservations she had for coming months have been cancelled.

“All of my bookings were from places like Germany, the United Kingdom, England and Australia,” she said.

People have varying opinions how quickly the economy, which is currently being battered, will rebound after businesses eventually start to reopen. Nicholson believes Chims Guest House would continue to suffer even if it does once again somehow manage to open its doors.

“I don’t think a lot of people are going to travel (to other countries),” she said. “I think you’re going to see a lot of staycations.”

As a result, Nicholson said she would be forced to try and target Canadians to stay at her guest house. If that were to happen, Nicholson is wondering how many people that are travelling - but still conscious of the cleanliness of where they are visiting - would be willing to stay at her facility instead of a brand-name hotel.

“Are they going to trust a local Indigenous entrepreneur?” Nicholson asked.

Another Nuu-chah-nulth business currently suffering losses due to forced COVID-19 closures is the Ditidaht Economic Development Corporation (DDC), the economic arm of the Ditidaht First Nation. It was announced on March 19 that the First Nation was indefinitely closing a number of its offices, including its administration location, as well as its Windsurfer Park and Campsite on Nitinaht Lake. The First Nation also operates a visitor centre for the West Coast Trail and a number of businesses along the route.

Bryan Cofsky, the CEO of the DDC, said 42 people were employed at the park and campsite in 2019.

“We were hoping to push it to 50 people this year,” he said, adding the campsite had been expanded to accommodate 120 sites.

Besides those who had various duties running the campsite, others were employed at the park in numerous capacities including water taxi drivers, shuttle operators, gardeners and working at a general store. Seasonal businesses usually runs from May through September.

Cofsky said the businesses collectively make about $150,000 per month. So several hundreds of thousands of dollars would be lost if the businesses are unable to open this year.

Even if some do eventually get the green light to lay out the welcome mats, Cofsky does not anticipate business to be as brisk as previous years. He fears visitors from abroad will be reluctant to travel.

“We have a lot of bookings coming from the States,” Cofsky said. “They’re in a lot worse shape than us right now (with COVID-19 cases).”

Cofsky estimated about 30 per cent of the money coming in during recent years for Ditidaht businesses at the park and along the trail was from the American market. An additional 40 per cent was from the international market. 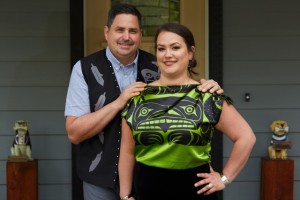 Naomi Nicholson, pictured with husband Ed, has been forced to close both of her businesses, Secluded Wellness Centre and Chims Guest House, due to COVID-19 concerns. (Chaisson Creative photo) 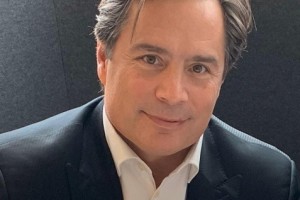