Using the forest as a pharmacy

Gloria Frank and her grandson, Curtis Tom near their home in Ty-Histanis, on Thursday, Sept, 17, 2020. (Melissa Renwick photo)

From the moment Gloria Frank opened her eyes for the first time, her grandparents elected her as the one they had to teach.

Not even her mother was called upon for the responsibility.

“They said there was something in my eyes when I was brand new,” she said.

And so began her life’s study of traditional plant medicines.

Now, it’s normal to catch Frank talking to plants. If she accidentally steps on one of their green stems, you’ll hear her apologize.

“They’re all sacred to me,” said the Tla-o-qui-aht First Nation elder.

Treating everything from leukemia to eczema, Frank has been guided by her ancestors who paved the way for thousands of years. But the 66-year-old is slowing down. It has been six years since she has harvested or prepared any medicines.

After developing degenerative disk disease and osteoarthritis, Frank is no longer able to deliver plant medicines. She fears transferring her illness to whomever she is trying to heal.

The joint disease does not run in her family. She attributes it to not properly “shielding” herself before treating one of her relatives with arthritis.

“I feel like my body betrayed me,” she said. “I always thought I was going to be active until I was 100 [years old.]”

To pass her knowledge down, she has been taking her grandson, Curtis Tom, on “medicine runs” ever since he was a baby.

Tom has pleaded with Frank to record her teachings so that they can be preserved, but citing an orally-transferred Nuu-chah-nulth tradition, she feels it would be a violation of her grandparent’s trust.

That, and she doesn’t want any pharmaceutical companies getting a hold of them.

If the knowledge got into the hands of the wrong people, it would lose its healing powers, she said – “my culture is not for sale.”

And yet, Frank understands the value in recording it.

To meet in the middle, Frank has granted Tom permission to make recordings that will remain within their bloodline. She hopes that the 25-year-old will carry on the traditions that have guided her through life.

It’s a job that Tom takes seriously. Currently in his third year of Indigenous studies at Vancouver Island University, he is learning how to go through the proper channels to make the recordings.

“You can’t just use an elder’s words and throw it on paper,” he said.

He aims for it to be a collaboration with his grandmother, allowing her to decide how she wants the teachings told.

“She’s one of the last people in our nation that knows exactly where to harvest each time of year,” he said. “She goes by our traditional rules and laws. Recordings are important more so now than ever because it is a vanishing tradition and culture. Even if its fragments of what we had, if it’s ever revived or continues on, at least we have something to go forward from.”

Frank remembers her time in the forest with great nostalgia.

After bathing in a nearby river, she would wait for the first light on a new moon before picking any plants.

“Dawn is the best time because it’s a new beginning of a new day,” she said. ”You’re going to be more in tune with nature. And it’s always been believed that new moons are the beginnings of new things.”

After saying a prayer and sprinkling an offering of either sage of tobacco in the forest, the harvesting would begin.

Only taking what she needed, “never more, never less,” Frank was careful to make sure the forest would be plentiful for the next person who passed through.

To strengthen the medicine’s power, she would wait to gift it on a full moon.

“[My grandparents] always said if you stay in tune with nature, no harm will come to you – you can be in the forest with bears and cougars and they won’t harm you.”

It is a teaching she has embraced and feels no fear when she is in the forest.

Years ago, Frank brought eight children down the beach, north of Schooner Cove. She showed them where to pick berries and which seaweeds could be used to prevent sunburns. They were gone for eight hours and the sun had fallen. As they made their way back home in the dark, a pack of seven wolves emerged and closely trailed behind them. When the children started to panic, she told them not to be afraid.

“If they know that you’re fearful, it puts them on the defense and will make them want to attack you,” she said.

They marched on and as they crossed over a creek near their homes in Esowista, the pack of wolves turned around and left.

“They were escorting us home,” she said.

While Frank is no longer able to walk through the forest or along the beaches like she once did, she continues to share her grandparents’ teachings with Tom. As they passed a snowberry bush on the side of the road, she told him that if you squish the berry to make a paste, it can help with arthritis.

“I may not be familiar with the language,” said Tom. “But the heart and the idea is still there. I know that our forest can give to us as long as we do take care of it.” 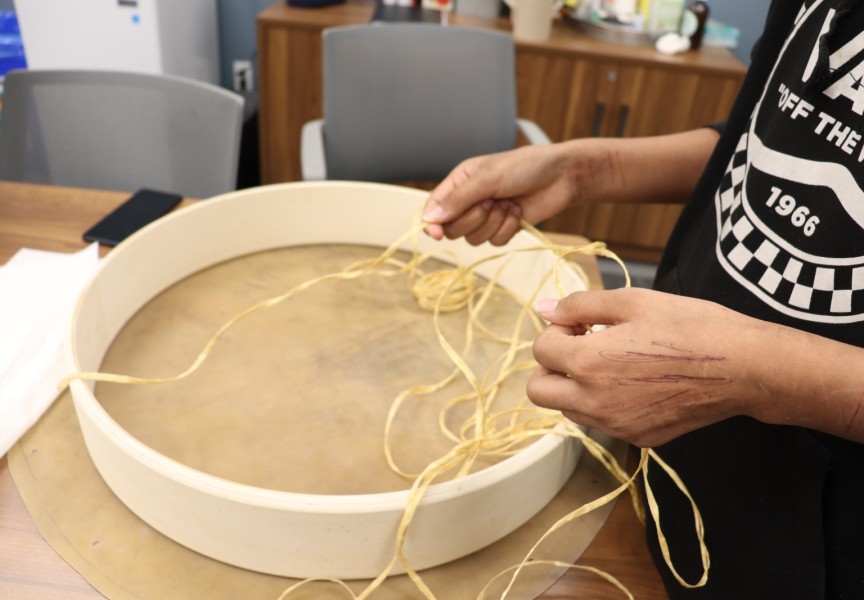 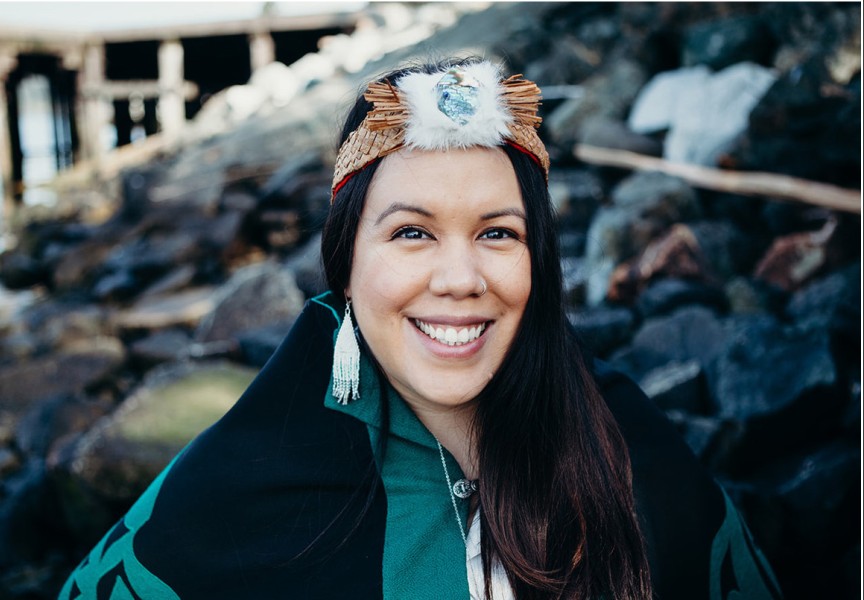 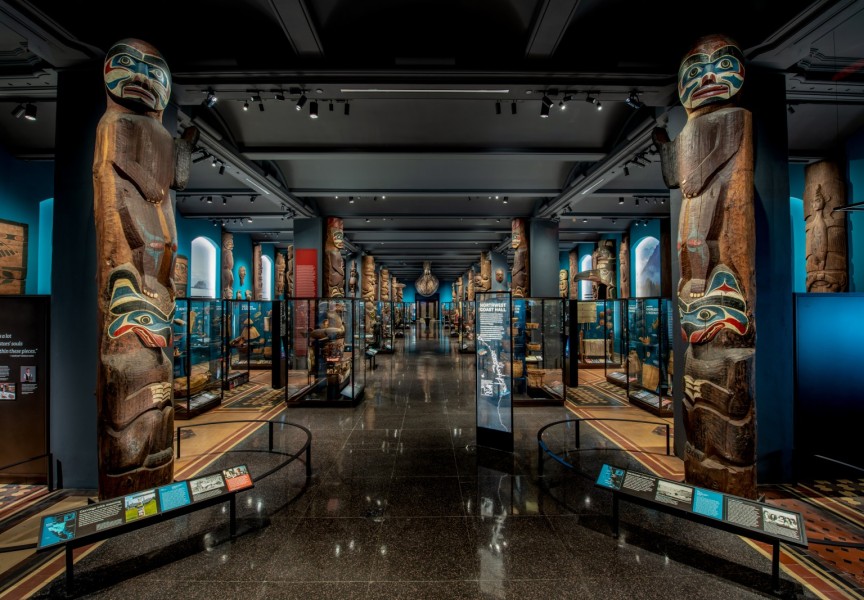 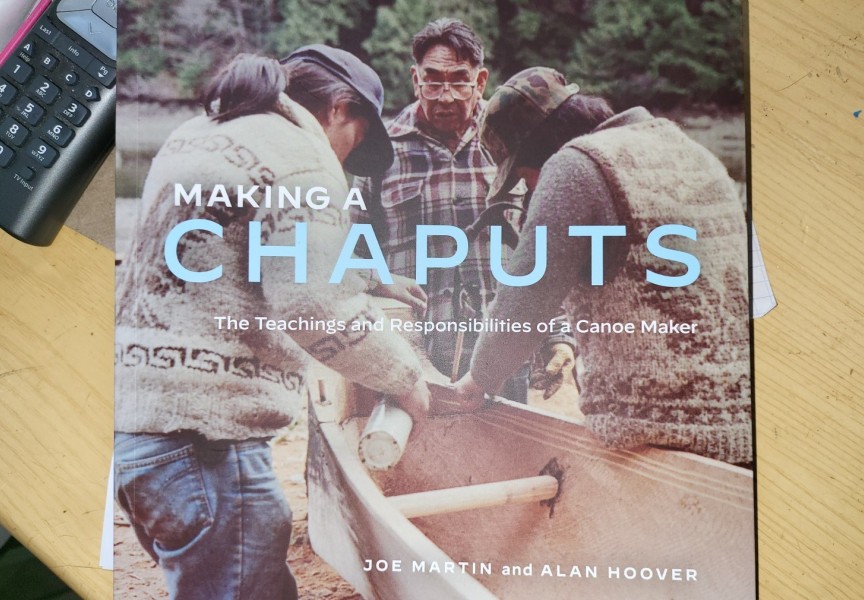