A B.C. research project that gave thousands of dollars to homeless individuals on the Lower Mainland is helping to break stereotypes about people living in poverty.

The New Leaf Project (NLP), a joint study started in 2018 by Foundations for Social Change, a Vancouver-based charitable organization, and the University of British Columbia gave 50 people experiencing homelessness on the Lower Mainland $7,500 each. This amount is benchmarked against the 2016 annual income assistance rate in B.C.

Cash transfers were deposited into participants’ bank accounts in one lump sum which NLP researchers say is based on evidence that a lump sum of money has more potential to transform someone’s life than a sequence of small payments.

In their Impact Report that was published this year, researchers for the NLP call this method direct giving and claim it has been proven to empower recipients to find housing and purchase goods that improve their lives, while restoring dignity, confidence and a sense of well-being. Research has also found that cash transfers do not increase spending on alcohol, tobacco and drugs.

The 50 homeless individuals were randomly selected after being screened and assessed for program eligibility. They were between the age of 19 and 64, had been experiencing homelessness for at least six months and didn’t struggle with extreme addiction or mental health issues.

Participants also received life coaching, various workshops and self-affirmation exercises. Sixty-five other homeless individuals were chosen to participate in the study but did not receive any cash. Data collected from the research compared results from the cash recipients against the non-cash recipients.

According to the Impact Report, participants completed questionnaires at one, three, six, nine and 12 months after receiving the cash. Data from the study indicates that, on average, cash recipients move into stable housing faster, spend fewer days homeless, retain more than $1,000 in savings through 12 months and increase spending on food, clothing and rent.

Grant McKenzie, director of communications at Our Place Society in Victoria, said the NLP helps highlight the strengths of individuals in the homeless community.

McKenzie said had the cash recipients been in active addiction the results would likely be very different.

“So many of the people we see who are struggling with addiction, the addiction takes over. You’re no longer dealing with that individual, you’re dealing with the addiction and that addiction drives everything and those bad decisions,” McKenzie said. “When you do those individual assessments, you can tell that amount of money can be life changing for one group but it could be a death sentence for another group. That’s why you definitely need to be able to assess people on an individual basis to see what would work.”

McKenzie added that people often dismiss giving homeless individuals money because they believe the money will be spent on drugs or alcohol.

“I think that’s the first thing the majority of people think, whereas we know that’s not the case. At Our Place we see so many people from different walks of life and even though addiction has such a visible presence, because it is so disturbing for most of us, that’s still just a percentage of the people who are struggling out there.”

The NLP reports that over 12 months, cash recipients reduced spending on goods such as alcohol, cigarettes or drugs by an average of 39 per cent.

Data from the study also shows that 67 per cent of cash recipients are food secure after one month compared to just over 20 per cent of the non-cash group.

McKenzie said not having stable housing and living each day wondering where you’ll be sleeping at night puts you into survival mode.

“Once you can get in more stable housing, you can then get out of survival mode and really start to look at how can I get back into the workforce or how can I deal with my addiction,” he said. “You’re no longer having to depend on all those other survival instincts and because you’re in a safe space, that plays a big part on your mental health as well.”

McKenzie said he believes a similar study like the New Leaf Project could work in Victoria or on Vancouver Island as long as the participants were assessed and not chosen randomly.

“I know there are definitely people where this is the last place they thought they would end up and that kind of hand up can make a huge difference with somebody’s life,” he said. “I don’t think every story would be a happy ending but I’m sure that some of them would be.”

Wes Hewitt, executive director with the Port Alberni Shelter Society, believes a similar project could work in Port Alberni, as long as the individuals chosen didn’t have substance use issues.

“We do have many people (living in Port Alberni) that do not have substance use issues that are homeless,” Hewitt said. “We run across several a year who would work well in that program.”

“Giving people $7,500 works with a certain demographic within the continuum. It works very well with the people that are homeless - and COVID is a good example of it - that are forced into homelessness because of monetary issues,” Hewitt said. “Somebody who has real tough substance use issues, it is something different. It’s sort of my feeling with the CERB money that went out, we actually signed a bunch of people’s death warrants with too much access to substances.”

Overall, Hewitt believes the research project was a great way to shed new light on homelessness.

“Anything in the way of research is always a positive thing,” he said. “We always kind of look for new methods and new things that address homelessness because homelessness has been around since time itself.”

Moving forward, the team at Foundations for Social Change plan to expand the cash transfer project in the Lower Mainland to an additional 200 plus people experiencing homelessness, with a fundraising goal of $10 million. They also hope to be able to deliver the project to other cities across Canada. 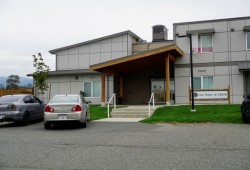 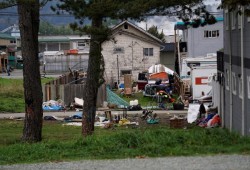