Gisele Martin takes a video of her father, Joe, describing the process of building a dugout canoe from inside his workshop in Tofino, on Nov. 25. (Melissa Renwick photo)

It’s been customary for people from different territories and nationalities to drop by Martin’s workshop in Tofino and soak in his teachings. Theatrically waving his hands through the air, Martin would tell stories of how his ancestors used to pierce a whale under its left front flipper by launching a harpoon from a canoe with the strength of one arm.

“I’m well over my mid-life,” said the 67-year-old. “It’s the law of nature – one day I’m not going to be here. Having teachings and passing them on is a responsibility.”

No longer able to host visitors due to the ongoing pandemic, Martin has turned to social media as a way of sharing his ancestor’s stories.

By posting short videos of teachings to his personal Facebook page, the Tla-o-qui-aht elder is hoping to appeal to younger generations.

“That’s where we have their attention,” he said of the youth within his nation.

Martin thinks back on his childhood with fondness. Considering himself one of the fortunate ones, he didn’t go to residential school. Instead, his father and grandfather were his teachers.

Spending their days out on the land, Martin’s father would recount teachings to him over-and-over. Through oral repetition, his family’s histories seeped into his psyche and became a part of his being.

As the world changes, the way we interact has transformed. Oral stories are being disseminated online as a way to bring communities together because people are unable to gather.

“We have to adjust,” said Martin. “And this is how we’re adjusting.”

In trying to capturethe attention of Tla-o-qui-aht’s youth, Martin said that he has also connected with elders of his generation who were forced to attend residential school. Stripped of the teachings from their own grandparents, some have clung to Martin’s stories.

During the first week of lockdown at the end of March, Cory Howard, Huu-ay-aht First Nations health and wellness coordinator, began posting live videos of himself singing his family’s songs.

It is a practice he has continued every Tuesday evening, drawing in an average of 500 viewers.

“People are loving it,” said Howard. “They say it’s medicine for them.”

After his cousin was stricken with COVID-19 last week, Howard recorded a song and sent it to him.

“It makes [people] feel better when they have culture in their life,” he said. “When they’re down, it lifts them up.”

During lockdown in April, Joe’s daughter, Gisele, spent a lot of time connecting with nature and photographing the “beautiful biodiversity” near her home in Esowista.

At the time, she struggled on whether to post the photos online, worrying how it might affect people who were confined to their city apartments.

But after deciding to share them, she was met with gratitude.

“Even though they couldn't be there, it helped them with their day,” she said. “Through social media, I’m connected to people in a lot of different territories and get to hear their stories – it helps me navigate how I do things here.”

Gisele has been helping her father with his videos. The recordings extend beyond the technicalities of how to carve a traditional dugout canoe. Collaboratively, they try to weave in stories about how generations of salmon returning to a river system provide nourishment to the surrounding forests, making it possible for a canoe to come into existence.

As a Nuu-chah-nulth language and culture educator, Gisele said she recognizes the benefits of social media as a way of increasing cultural awareness, but remains cautious.

“I think part of the problem or challenge with sharing things online is that our teachings can get fragmented,” she said.

Using plants as an example, Gisele said that she would never go to another nation’s territory to harvest.

There are a lot of considerations to be made about the reciprocal relationship people have with plants, along with traditional protocols that might not come through in a video, she said.

Being a gathering people, online platforms have provided a space for Nuu-chah-nulth members to come together. But, as important as it is to connect with people, Gisele said it’s equally vital to interact with the landscape around you.

Pictures on Instagram may allow people to appreciate the wonders of nature, but Gisele argues it is impossible to interact with nature through a screen. And while the black mirrors are helping to fill the void during this time of social distancing, we need to connect to the places where we live and “support the health of those places,” she said. 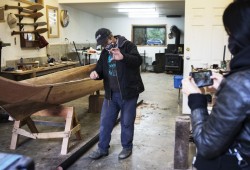 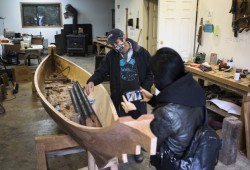 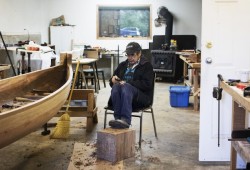 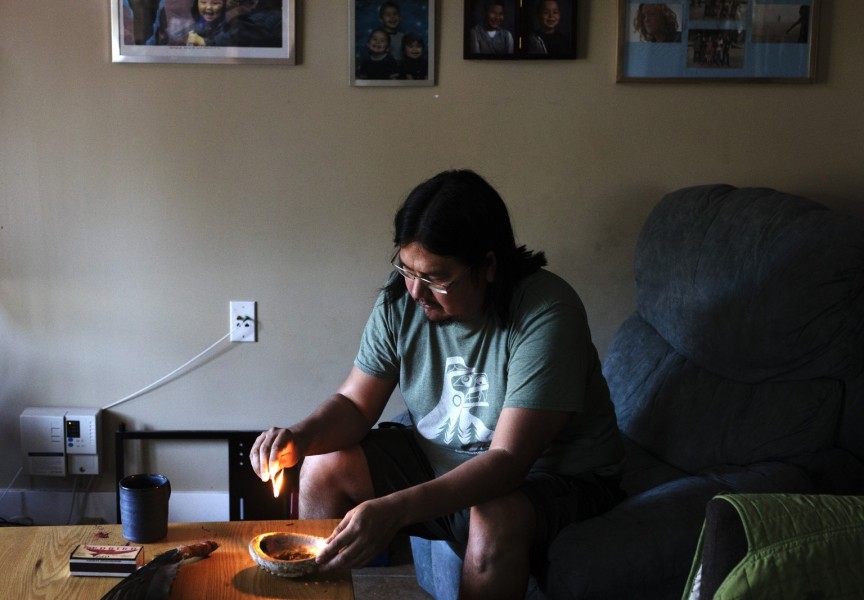 Building a foundation by letting go of the past