The move was made following the Hišuk ma c̕awak Declaration, which was signed by leaders from the Pacheedaht, Ditidaht and Huu-ay-aht First Nations, who called for a two-year deferral of old-growth logging in those areas as they prepare resource management plans.

The three nations said they “welcome” the government’s decision and are humbled by the support they’ve received across the province since releasing the declaration.

“While this essential work is being carried out, we expect everyone to allow forestry operations approved by our nations and the government of British Columbia in other parts of our territories to continue without interruption,” the nations said in a statement. “Please respect that our citizens have a constitutionally protected right to benefit economically from our lands, waters, and resources.”

Increasingly, leadership from the three nations have become troubled by the flock of visitors who have entered their ḥahahuułi (traditional territory) to protest old-growth logging.

The Rainforest Flying Squad, an activist group, have been stationed at various blockades throughout the Caycuse and Fairy Creek watersheds since August to prevent Teal-Jones from accessing what they consider the last remaining old-growth forests untouched by industrial logging.

This has happened without asking permission from hereditary leaders, a show of disrespect for the chieftainship of the individual nations, said Pacheedaht elected chief Jeff Jones during the signing of the declaration at the Ditidaht Community School in Nitinaht Lake, on June 4.

On May 17, RCMP moved into the area to enforce a B.C. Supreme Court injunction that ruled their blockades are illegal. Since then, nearly 200 people have been arrested.

“There is a couple of individual Pacheedaht members who are part of the [Rainforest Flying Squad] that are somewhat leading the group,” said Jones. “The individuals have their individual rights to speak on their own behalf, but they do not have the support of the nation behind them.”

For over 150 years, the nations said they have been sitting on the outside looking in as others decided what was best for their lands, water, and people.

“This declaration brings this practice to an immediate end,” read the statement.

Huu-ay-aht Tayii Ḥaw̓ił ƛiišin (Derek Peters), Ditidaht Chabut Satiixub (Hereditary Chief Paul Tate) and Pacheedaht’s Hereditary Chief Frank Queesto Jones said they made a commitment to manage the resources on their traditional territories guided by the sacred principles of ʔiisaak (utmost respect), ʔuuʔałuk (taking care of), and Hišuk ma c̕awak (everything is one).

“We are in a place of reconciliation now and relationships have evolved to include First Nations,” they wrote. “It is time for us to learn from the mistakes that have been made and take back our authority over our ḥahahuułi.”

The Rainforest Flying Squad said the Hišuk ma c̕awak Declaration is a “small victory,” in a statement on June 8.

“Any deferral on Fairy Creek must include the entire 2,080 hectare Fairy Creek Rainforest, not just the old-growth within the watershed,” read the statement. “This would include protecting the hundreds of hectares of at-risk old-growth adjacent to the Fairy Creek watershed in both Granite Creek and in the area known as the ‘2000 Road.’”

As logging is still permitted on Edinburgh Mountain, in the Caycuse Valley, Camper Creek, the Upper Walbran and Bugaboo Creek, the Rainforest Flying Squad said they will continue to defend the “last ancient forests.”

Pacheedaht elder Bill Jones, an outspoken ally of the blockades, said that protestors are standing their ground because they don’t trust any of the governments involved.

“We feel all governments lack credibility and trustworthiness because the past promises have been false promises,” he said.

While Jones said he was skeptical if the government would honour the nations’ declaration, it would set a “precedent” for other “nations clamouring for the same rights” of stewardship.

During a press conference on June 9, B.C. Premier John Horgan said the province is going to respond as quickly as they can to requests from Indigenous communities who have asked for logging deferrals within their territories.

“When we adopted all of the recommendations in the [old-growth strategic review], we said we were going to consult with title holders and defer more areas of the province,” he said. “This is a positive day for not just the Pacheedaht, the Huu-ay-aht and the Ditidaht, but it’s a good thing for British Columbia because we're embarking on the journey to transform forestry.”

As protests continue on southern Vancouver Island, the three First Nations said that third parties do not have the right to speak on their behalf, or on the behalf of the lands, waters and resources in their ḥahahuułi.

“We respect the right of individuals to protest safely, lawfully, and peacefully,” they said. “Providing it does not interfere with authorized forestry activities.”

First Nations say they were not adequately consulted before the B.C. government laid its old-…

Days after the B.C. Supreme Court denied a request to continue an injunction against protestors…

In the aftermath of a court injunction that generated over 1,100 arrests in Pacheedaht territory…

Despite a pledge from the premier that Indigenous people will see an expanded role in forestry,…

With nearly all of Vancouver Island under a heightened risk of forest fires, those on both sides… 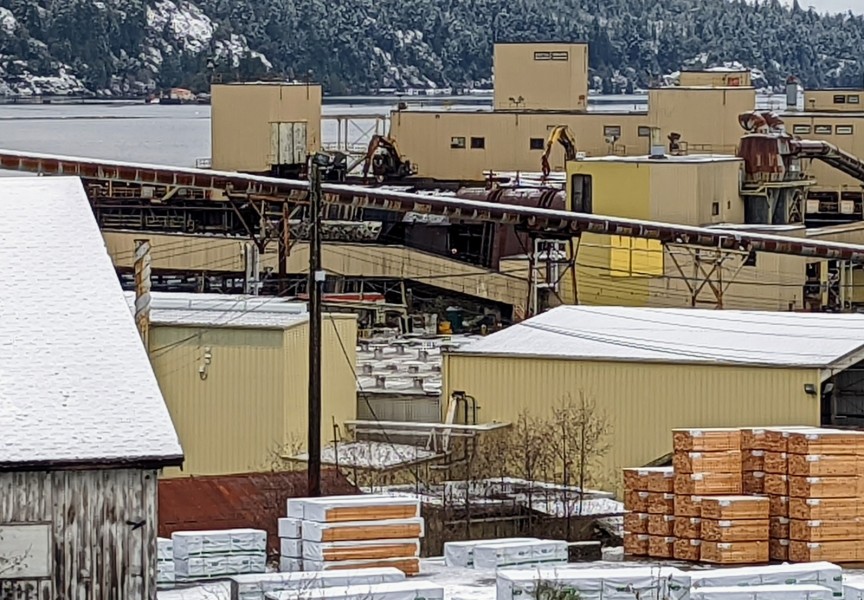