Dozens joined a walk for Lisa Marie Young on June 26, 19 years after the young woman went missing in Nanaimo.

Although Lisa Marie Young went missing 19 years ago, Nanaimo police have encountered new information into her disappearance over the last year and a half.

A press conference was held today at the Nanaimo RCMP detachment, where family members of the Tla-o-qui-aht woman and police investigators urged others to come forward to keep momentum going on the search for truth. Const. Hayley Pinfold and Corp. Markus Muntener said that since they took over the file in late 2018 police have introduced techniques into the investigation, such as a police dog and ground-penetrating radar.

“When you’re dealing with potential areas that are large, that’s the kind of technique you have to use to narrow things down,” said Muntener of the radar method. “Since Hayley and I have started the investigation we’ve had numerous people come forward.”

“If there’s anyone out there that knows something, help us bring Lisa home,” said Lisa’s aunt Carol Frank while standing before the RCMP detachment. “Please come forward to bring peace to Lisa and our family.”

No charges or suspects have been identified in the case that RCMP are handling as a homicide.

Lisa Marie Young was last seen at approximately 3 a.m. on June 30, 2002. The 21-year-old had spent the night out with friends, first at a Nanaimo nightclub, then two house parties. She left the second party to get something to eat, and accepted a ride with Christopher William Adair, a young man she had just met that evening, according to reports from the time.

A friend reported receiving a text message from Young at 4:30 a.m., which read “come get me, they won’t let me leave.”

As time passes, police urge anyone with old or new information to come forward.

“We’re just asking that people come talk to us, because we are here to listen to everybody no matter what their circumstances are now or in the past,” said Const. Pinfold. “We are coming at this investigation from an open-minded approach. We’re reviewing all our information on our investigation, whether it’s historic or information that’s coming in currently, and we’re assessing that information to determine and prioritize how we’re going to go forward.”

Corp. Muntener added that over the years the file has become enormous, including 15,000 documents and hundreds of witnesses.

“When we’re talking about witnesses from 19 years ago, it’s much more challenging to go back and corroborate that,” he admitted, although a valid piece of information could open up the mystery into what happened to the young woman. “That could change overnight if an important person comes forward and talks to us that adds a very significant part of that puzzle.”

Walks held in Young’s honour have been held in Nanaimo annually since her disappearance. After the June 26 press conference the dozens in attendance – most wearing orange shorts in recognition of residential school survivors and victims – progressed from the RCMP detachment to Maffeo Sutton Park at Nanaimo’s waterfront. The Indigenous dance group Butterflies in Spirit held a performance, followed by speakers that included Young’s grandfather, Moses Martin. He noted the recent news of undocumented burials at the former sites of residential schools in Kamloops and on the Cowessess First Nation in Saskatchewan.

“I hope that one day they’ll be answers, hopefully closure for those families that are feeling the same pain that we are for the last 19 years,” said Martin. “We still don’t know where Lisa is, we don’t know what happened to her, but the pain doesn’t go away. I want to thank you for sharing your strength with us to come down, even though it’s almost 40 degrees out here. You guys are tough in this city.”

Young’s disappearance is part of the RCMP’s database of over 1,100 missing or murdered Indigenous women and girls. In June an action plan was released in response to the National Inquiry into Missing and Murdered Indigenous Women and Girls. While addressing the crowd in Maffeo Sutton Park Maria Charleson, vice-president of the Nuu-chah-nulth Tribal Council, noted that the inquiry concluded over two years ago, when 231 calls to action were listed to attend to the nation crisis.

“The most striking thing from that report is that Canada has finally admitted that the treatment of Indigenous women and girls and two spirit has been a continuing act of genocide,” she said, stressing the importance of following the calls to action. “They’re called ‘imperative’. Imperative meaning that if Canada fails to make action to those 231 calls to justice, then Canada is continuing to inflict genocide on our Indigenous women and girls and two spirit.”

Police ask that anyone with information that could help in solving the disappearance of Lisa Marie Young to call the Nanaimo RCMP non-emergency line at 250-754-2345. 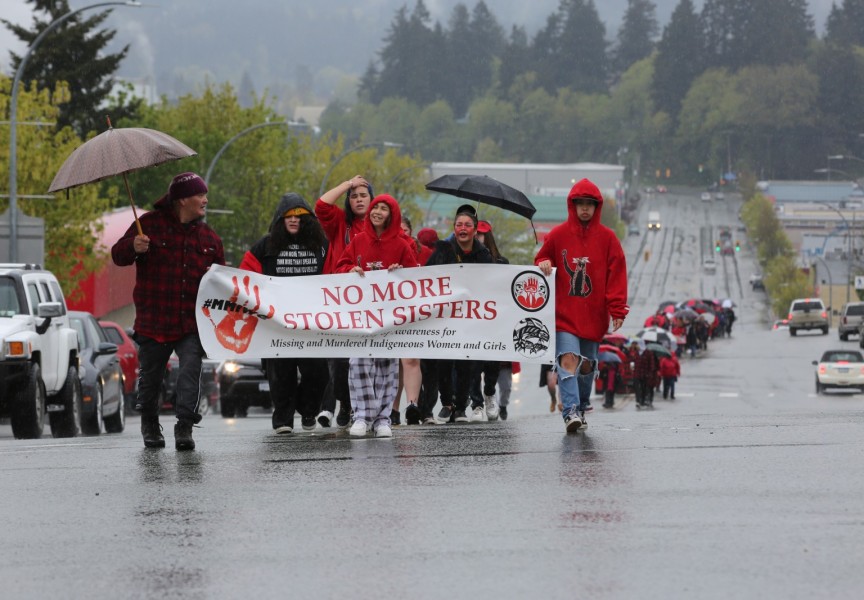 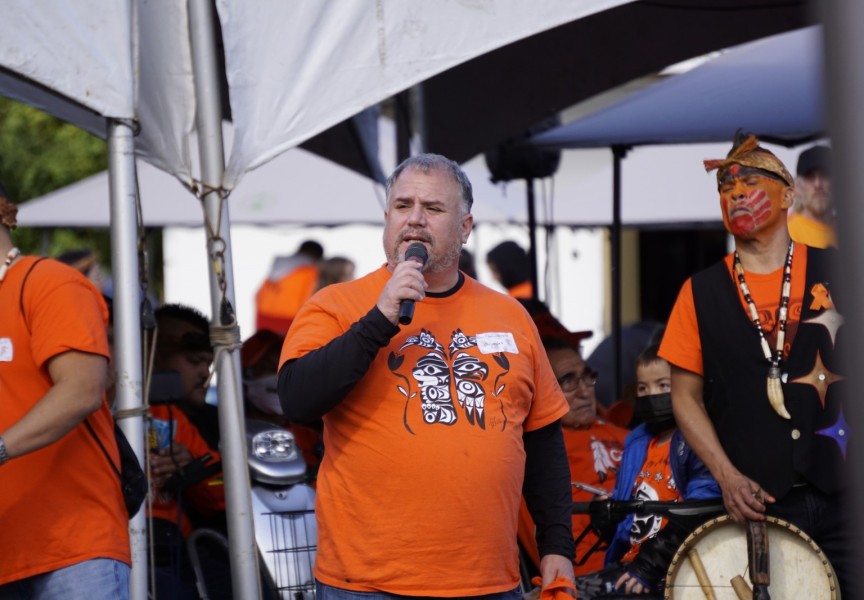 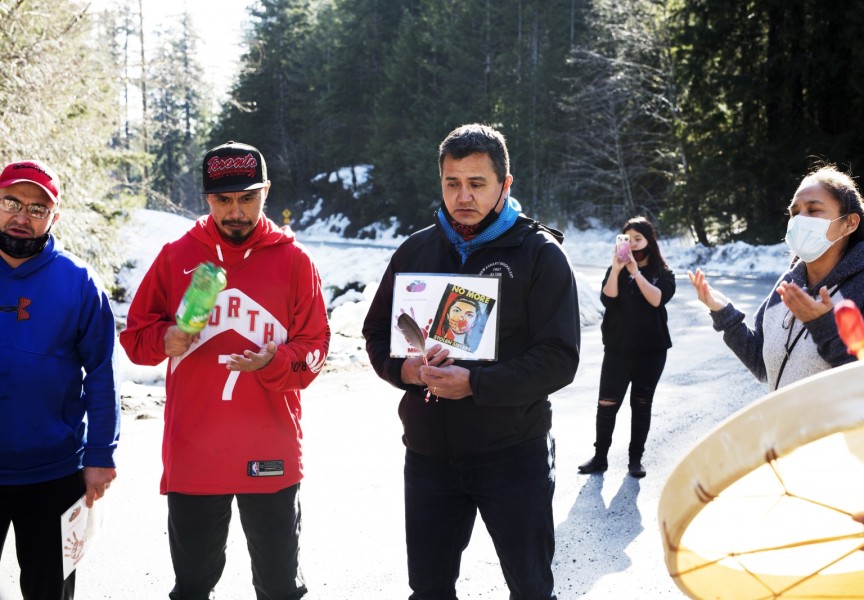 Paul Johnson was only eight years old when his mother, Pauline, was murdered in Vancouver. … 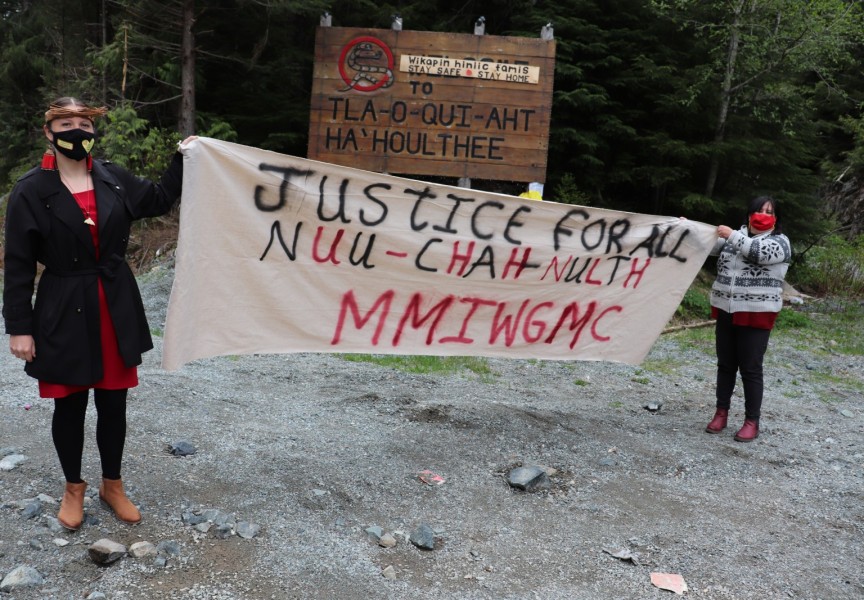 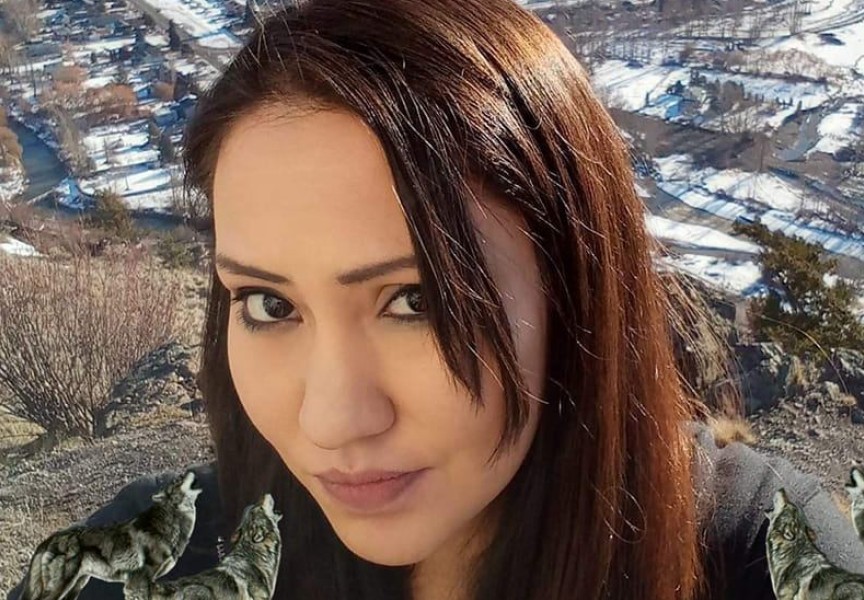 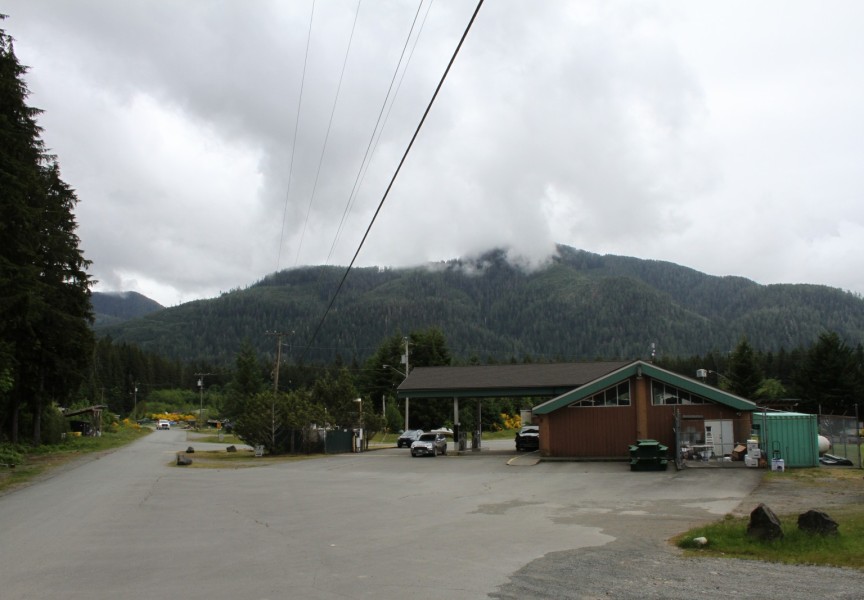 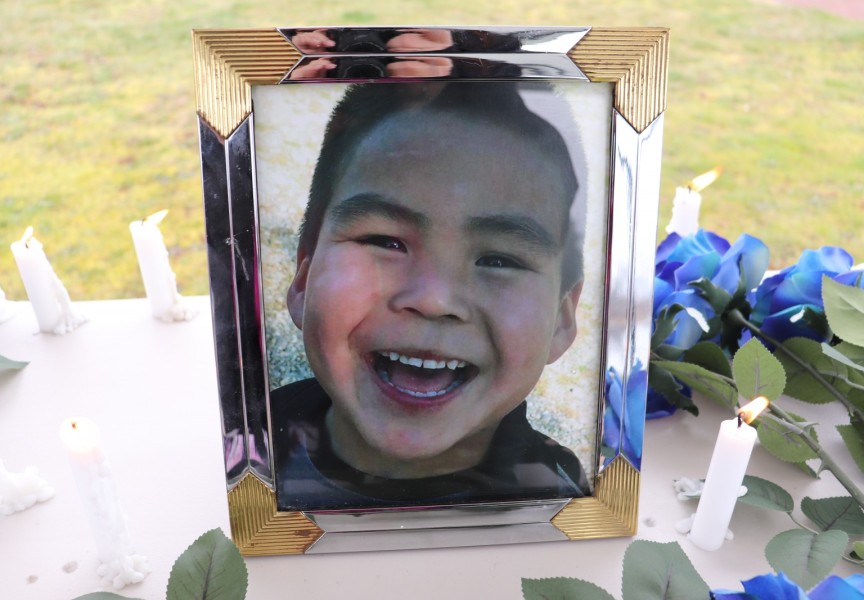