Western Forest Product’s Alberni Pacific Division (APD) sawmill is idled for the third time since July 2021. Western said the APD curtailment is due to log supply challenges driven by a number of factors, including challenging weather. They intend to restart the mill Jan. 17. (Mike Youds photo)

Christmas arrived a week early for Tseshaht First Nation with a $350 specific payment to each member, a dispersal of forestry revenues the likes of which hasn’t been seen since the 1950s.

“We had a good, successful year this year and we were able to give a bit of what we earned,” said Tseshaht Chief Councillor Ken Watts.

Some extra cash — a modest sum in relation to the soaring cost of groceries — would go a long way to easing financial constraints and hardships, but there was more behind the specific payment than earnings alone, Watts explained.

Last year was an exceptionally tough one for a lot of members, and not only due to the COVID-19 pandemic. The deaths of several important Tseshaht citizens, record-breaking summer heat and continued social isolation, preventing large gatherings such as potlatches, all took a toll on people.

“I think it’s a bit of everything,” Watts said. “Our community needed support.”

The dispersal was made possible through a 50/50 partnership with Interfor and proceeds from a log sale, said Dwayne Hearn, Tseshaht forestry manager. They did well with cedar prices at an all-time high.

“Tseshaht is very lucky to have a forest industry partner that is a true partner,” Hearn said, noting the company’s respectful approach to trees of cultural importance.

Tseshaht have always been loggers since pre-contact times, so they tapped into a common resource in a time of need.

Most B.C. First Nations have forestry operations and enterprises, but the business of growing and harvesting trees is a going concern, a primary industry for Tseshaht. Forty per cent of their funding comes from earnings generated through enterprises such as commercial fishing and Tseshaht Market. Forestry remains the largest source of Tseshaht sales revenue with annual earnings of more than $1.8 million reported in March 2020. Apart from the bottom line, there is direct and indirect employment in the forest industry, supporting incomes for dozens of Tseshaht families.

“Sometimes we forget about how interconnected it is,” Watts said. “It’s not just people cutting down trees in the bush.”

More recently, Tseshaht has concluded memorandums of understanding with San Group and Catalyst/Paper Excellence, which operate several mills in Port Alberni. Those partnerships and others expected to follow will be key to developing forestry opportunities while diversifying, Watts said. As well, Tseshaht holds a First Nation woodlot licence, provided by the province for economic opportunities, though community woodlot licences held by municipalities receive a more favourable stumpage rate, Watts noted.

These are also tough times for many in the forest industry. The industry is braced for fallout from the province’s old growth strategy and tenure reforms, severe by any measure. Already, companies are grappling with steep price declines and risking log costs as they recalibrate for a resulting drop in the annual allowable cut.

Forests Minister Katrine Conroy estimated as many as 4,500 jobs could be lost if all old growth deferrals become permanent, yet the industry has forecast much greater losses: More than a dozen sawmills and two pulp mills, totalling 18,000 lost jobs and $400 million in lost revenues for government.

While old-growth deferrals may not be a factor in the shutdown at this point, the industry is bracing for the impact to come, said Glen Cheetham, business agent in Port Alberni for United Steelworkers Local 1-1937

“APD is going to be the one they take out of operation when they run low on logs,” he said.

“There’s no certainty for jobs here,” Cheetham said, adding that WFP is struggling to attract new workers, particularly to the Alberni Valley.

Western said the APD curtailment is due to log supply challenges driven by a number of factors, including challenging weather. They intend to restart the mill Jan. 17.

“We are working to mitigate the impact of this temporary curtailment on our people by offering opportunities to work at other Western locations where we can during this down time,” said spokeswoman Babita Khunkhun. APD is integral to Western’s manufacturing and they continue to seek an adequate log supply to resume operations. At this time, employee availability matches operational needs, she added.

“We know it’s been a tough time,” Watts acknowledged. “Some may even see it as bleak.”

Some may see forestry as a sunset industry, but baby boomers are still retiring, allowing opportunities for young First Nations workers to gain employment and move into management, he said. He sometimes wonders, though, if the provincial government is truly committed to implementing DRIPA.

“We’re no strangers to asserting ourselves; that’s why we have an economic future in our community,” Watts said. “With some of the things the province is putting forward — modernization and old growth deferrals in particular — at the end of the day, it’s going to be up to Tseshaht what happens in Tseshaht territory. We’re going to decide what’s best for our people. The legal landscape has changed and the world needs to catch up.”

His words were echoed Jan. 5 by the First Nations Forestry Council, calling again for an immediate reset to the process used by the province to engage with nations on forest policy reforms.

“This seems like a box-ticking exercise by government,” said Chief Bill Williams, council president. “B.C. rammed through significant changes to forest legislation, through Bills 23 and 28, without any meaningful First Nation participation. Nations need to have real input into changes to modernize forest policy that impact their land and rights, including drafting of legislation.” 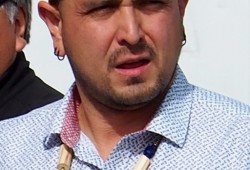 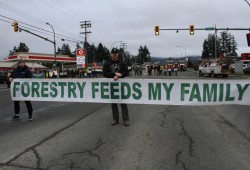