'Part of the family': Loved ones remember Harry Lucas

Born at a fish cannery near Tahsis, Harry Lucas had deep ties to several Nuu-chah-nulth nations and throughout the Port Alberni community. He died at sea on New Years Eve travelling to Hot Springs Cove. Above Lucas is pictured dancing during a potlatch held by the Samuel family in Port Alberni in 2017. (Eric Plummer photos)

“He joked he could have been the mayor of Port Alberni, he knew so many people,” said Yvonne Lucas of her husband Harry. Lucas, a well-known Nuu-chah-nulth elder, died in a boat accident on his way to Hot Springs Cove on Dec. 31, 2020.

He was a man that lived in the moment and made friends everywhere he went.

At his funeral service, Reverend Rick Lindholm joked that Harry and his elder brother, the late Dr. Simon Lucas, weren’t the shy ones in the family. Yvonne says the Lucas family is a large one and most of the siblings are quiet and reserved, but not Harry and Simon.

“He came back to Port Alberni and went to Alberni District High School to finish his education because his buddies, Wes Thomas and them, were there,” said Yvonne.

In his early years Harry’s parents transferred the family from Hesquiaht to Ehattesaht but, according to Yvonne, the Hesquiaht people wanted Matthew back and so they went to Ehattesaht to bring them back home.

“They even took their house apart and brought it to Hesquiaht and put it back together,” said Yvonne.

Harry, through his marriage to Yvonne Gus, had ties with the Tseshaht community. He transferred to Hupacasath, but, according to Yvonne, he always said he was from all Nuu-chah-nulth nations.

Yvonne said she and Harry met in Port Alberni in 1969 through relatives and got together as a couple in 1970.

One of his good friends was late Eugene Touchie. One night they partied together and Touchie, with the help of friends, pranked Harry by spray painting his old car white, decorating it with embarrassing slogans. Harry thought it was funny and drove the car around town as it was.

“He was so outspoken, he didn’t care what anyone thought of him,” said Yvonne.

In the beginning Harry supported his family working on the log booms in Port Alberni.

“But he was a fisherman first,” said Yvonne, adding that he went out fishing whenever he could.

When he tired of the logging industry, he went back to school to become a carpenter.

“He faced racism there but he also made lots of friends,” Yvonne recalled. One of Harry’s best talents was fitting in and making friends.

As a trained carpenter, Harry built a family home on the Tseshaht reserve with help from his wife.

“He showed me a lot,” said Yvonne.

Tatoosh taught Lucas how to write the Nuu-chah-nulth language.

Lucas eventually moved on from his employment with the NTC, but he was a jack of all trades, having no problem finding work and new friends.

“Dad was a social butterfly,” said Layla Lucas of her father. “He was so generous.”

He would help struggling people, buying them groceries or paying for a restaurant meal.

“Random strangers – he overheard them saying they were celebrating their anniversary, so he paid for their dinner,” said Layla.

Many people remembered him for his Chief Dan George look.

“He loved that he resembled Chief Dan George, who was my mom’s relative,” said Yvonne.

One of his legacies is the existence floor hockey in Nuu-chah-nulth sports. Back in the ‘70s, Simon Lucas worked as the recreation coordinator for the West Coast District Council, the predecessor to the NTC. Yvonne said Harry worked for his older brother and pushed to include floor hockey in the roster of organized sports when the elder brother was more focused on basketball.

Harry Lucas not only found work on Nuu-chah-nulth language projects, but also lent his logging expertise in the moving of the Language Revitalization Pole Project from Bamfield to Port Alberni. Even in his late 70s, Harry worked hard.

“He still went up the mountains to cut firewood,” said Yvonne.

But she could tell things were changing with Harry. His health was declining, and he wasn’t the same after the loss of his brother and other close friends in his age group. It seemed an air of sadness had set in.

But Harry poured his attention into something he was passionate about – fishing.

In the late 2020, Lucas began working on his boat. He had planned to move to Hot Spring Cove for the season to help his younger brother prepare his own boat for fishing.

Lucas built a blue wooden cabin on his herring skiff so that he could travel to and from Hot Springs Cove in comfort. He loved to take it out fishing. His joy shines through in a video, showing Harry doing a happy dance at the stern of his boat, celebrating a cooler full of fresh salmon that he and his brother just caught.

But Yvonne was concerned when she heard about his plan to go to the cove in the winter.

“There’s bad weather, but there was nothing I could say to discourage him from doing it,” said Yvonne through tears.

To make matters worse, Yvonne didn’t know until that final day that he was making the two-hour trip from Tofino to Hot Springs Cove solo.

“Something should be done about people traveling alone in the winter, especially seniors,” said Yvonne. Her husband was 78 when he drowned on New Year’s Eve, likely as he was entering the mouth of Hot Springs Cove.

When she hadn’t heard from him by about 5 p.m. Yvonne contacted her niece in Hot Springs Cove, asking if anyone there knew anything. They knew he was seen leaving Ahousaht at about 3 p.m. and should have arrived in Hot Springs Cove an hour later.

Search parties went out from both Hot Spring Cove and Ahousaht. The following day both the Canadian Coast Guard and volunteers from Tla-o-qui-aht joined the search. Sadly, his remains were found by his granddaughter on the second day of the search.

The young woman was searching the shoreline of Hot Springs Cove and found Lucas near Muchasnit, a beach near the north entrance of the cove.

Lucas was remembered at a small pandemic-restricted service in Port Alberni on Jan. 9. Yvonne says she will hang on to his ashes until weather improves, then bring them somewhere dear to him.

“He had five grandchildren and they were the most important things to him,” said Yvonne.

Yvonne and her Layla wish to thank the people who knew Harry and have treated them so well since his passing.

Yvonne said she needed to replace a tire on her car after Harry died. When the people at Kal Tire learned she was Harry’s wife, they gave her a huge discount, saying they knew him.

The Lucas family thanks Ahousaht, Hesquiaht and Tla-o-qui-aht search and rescue teams and volunteers, the Canadian Coast Guard, Quu’asa staff, Tim Paul and their Tseshaht relatives that provided comfort and support in Port Alberni.

“He was part of the family,” said Yvonne. 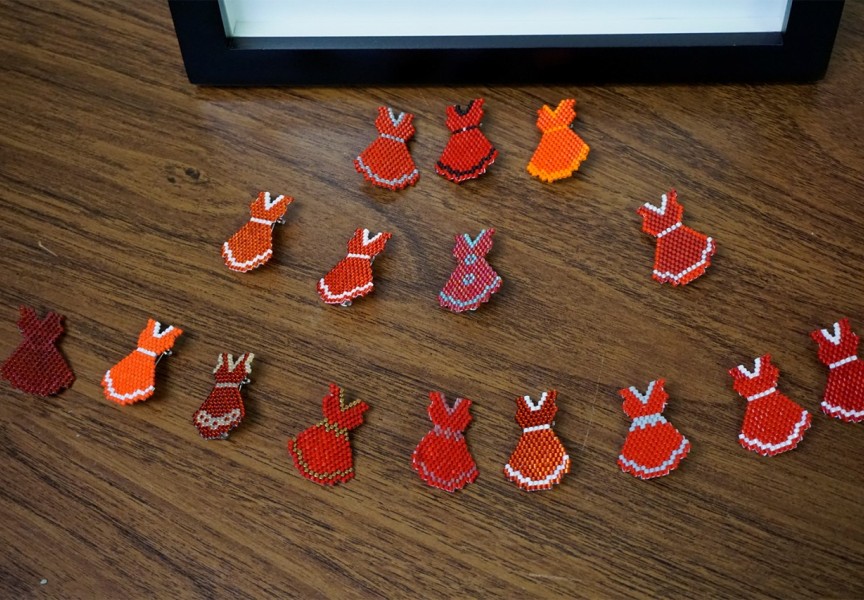