Gathered around the totem pole outside the Best Western Tin Wis Plus Resort in Tofino, dozens of community members from Tla-o-qui-aht First Nation and the surrounding area stood in silence for 2 minutes and 15 seconds.

As the 215 children who never made it home from the Kamloops Indian Residential School were commemorated, only the sounds of nearby waves crashing onshore permeated the silence.

To honour the day and to bring awareness to the experiences lived by residential school survivors, Tla-o-qui-aht Community Health Liaison Nora Martin organized a march through the streets of Tofino.

While onstage performing the role of a nun, Frank repeatedly told her fellow survivors to ‘shut up,’ and called them ‘dumb’ and ‘stupid Indians.’

“It’s exactly how I remember I was treated,” she said through tears. “I grew up being quiet … When I first went to residential school, I spoke my language and every time that I spoke my language I got strapped and whipped. I have scars inside my hands and on my elbows. It was a living hell.”

When the Tk'emlups te Secwépemc First Nation announced they unveiled the remains of 215 children at the former site of the Kamloops Indian Residential School in May, it sent shockwaves across the country.

“All the unmarked graves really woke the world up,” said Frank.

For many survivors, the discovery reopened old wounds, while others felt a weight lifted off their shoulders, said Martin.

“This is what we’ve been saying,” she said. “For many years, we knew that those deaths occurred. That’s why it’s important to bring awareness to our experience.”

The story of Indigenous genocide has been told for generations, he said.

And yet, community leaders must “beg” for resources to help those who are suffering, he added.

“I’m hopeful that Canadians will open their minds and open their hearts and try to understand where we’re coming from,” said Moses.

Nuu-chah-nulth Tribal Council Vice-President Mariah Charleson also participated in the march. While remaining frustrated that it took over five years to implement the call to action, she described the national day as “historical.”

“It’s a day specific to honouring and really committing ourselves to truth and reconciliation,” she said. “As more and more truths begin to come forward, it's highlighting the reality that so many of our people have known. So, the educational piece is huge.”

“As Indigenous people, we're all impacted in some type of way,” she said. “What I ask non-Indigenous people to do is to be silent. To listen – to begin opening their hearts and their minds to the true stories of those directly impacted.”

Then, Charleson said, it’s important to share “that true history” with others.

“We need to change how we treat each other,” she said. “Together, we can conquer this.”

Despite being the first province in Canada to commit to implementing the United Nations Declaration on the Rights of Indigenous Peoples, British Columbia did not recognize the day as a statutory holiday.

As a result, those who work in the public sector may not have the time off to observe the day with family and friends, or to engage in their culture, said Charleson.

“This is critical,” she said. “We invite the province of B.C. to take action.”

In a joint statement, Premier John Horgan and Murray Rankin, Minister of Indigenous Relations and Reconciliation, said they will be consulting with Indigenous leaders, organizations, and communities over the coming months on how to best commemorate Sept. 30 in British Columbia.

“We will also bring the business community, employers and labour groups into the conversation, so that they can participate in the planning in meaningful ways,” the joint statement read. “While we continue this engagement with the aim of formally recognizing this important day in B.C. in the future, this year, public service workplaces will be observing the statutory day of remembrance and reflection.”

Despite that, some local businesses closed their storefronts in solidarity. The Factory’s co-owner, Lisa Fletcher, said they closed shop to help spread awareness about the national day.

“It’s important that it gets recognized,” she said.

“I'm glad that the country as a whole is finally listening to survivors and survivors’ families,” he said. “I hope and expect that community members will participate if they're able – [to] take the day to very carefully listen to the stories of survivors, survivors’ families and the community as a whole. To begin to understand the past and the ongoing effects of the residential school system … and to carefully consider how best to move forward to help right these historical wrongs.”

After finishing performing the skit, survivors took turns recounting their experiences and the resulting trauma that they continue to battle with today.

Larry Baird was among them, and spoke to the crowd of people who were gathered in the pouring rain.

“Today, I hear our ancestors,” he said. “They are crying.”

As Martin reflected on the new day of commemoration, she said she was relieved. 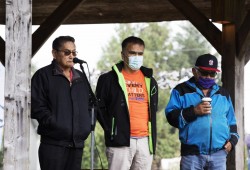 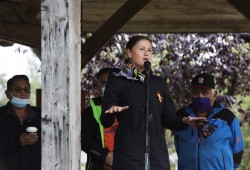 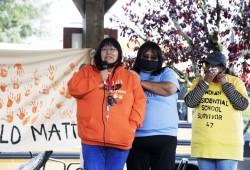 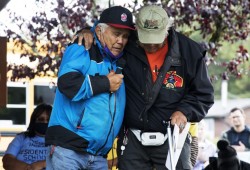 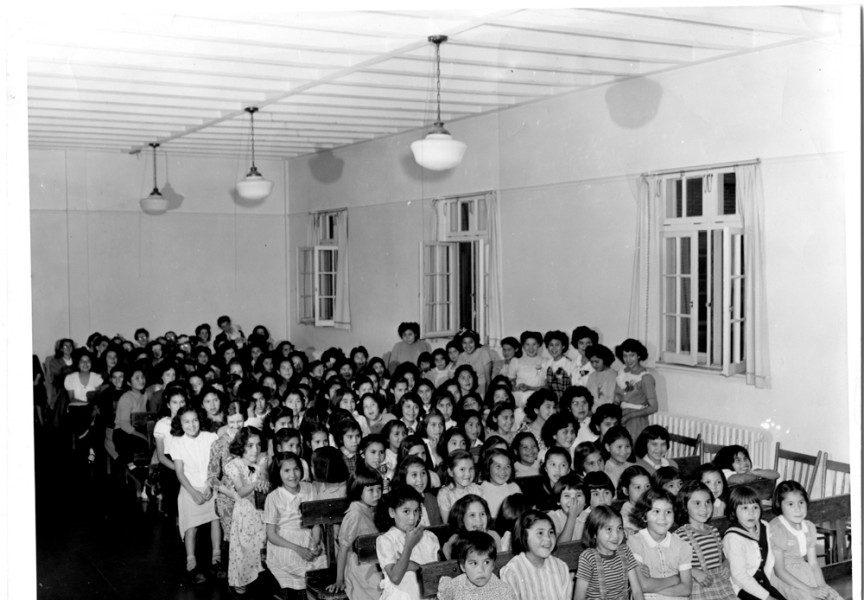 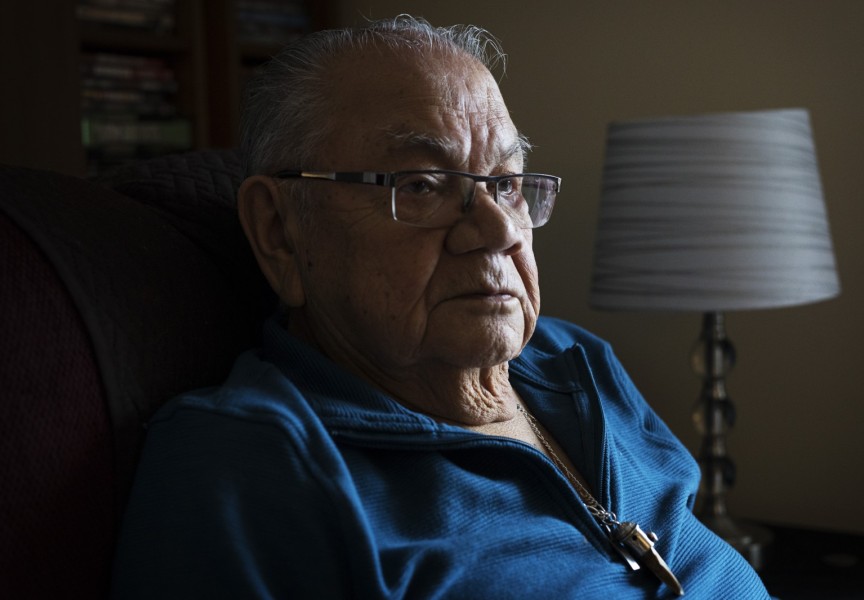 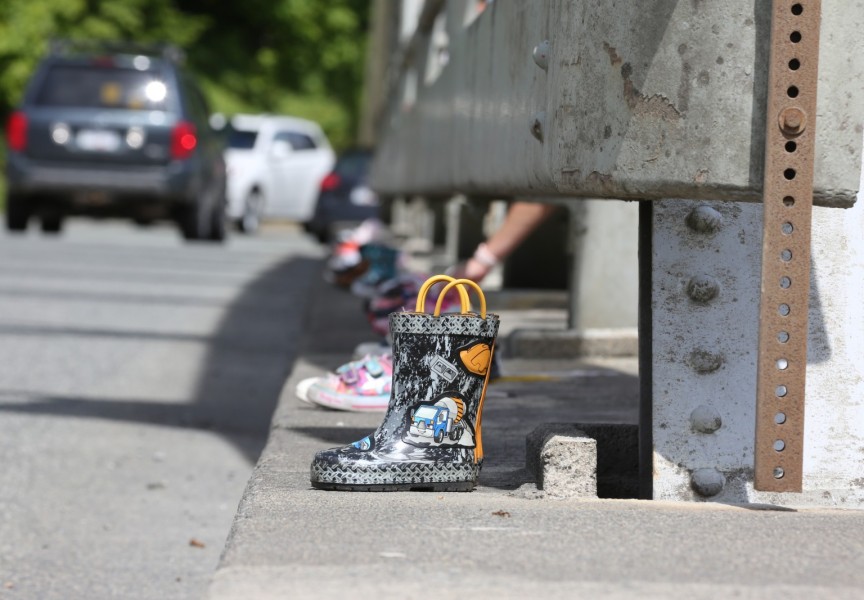 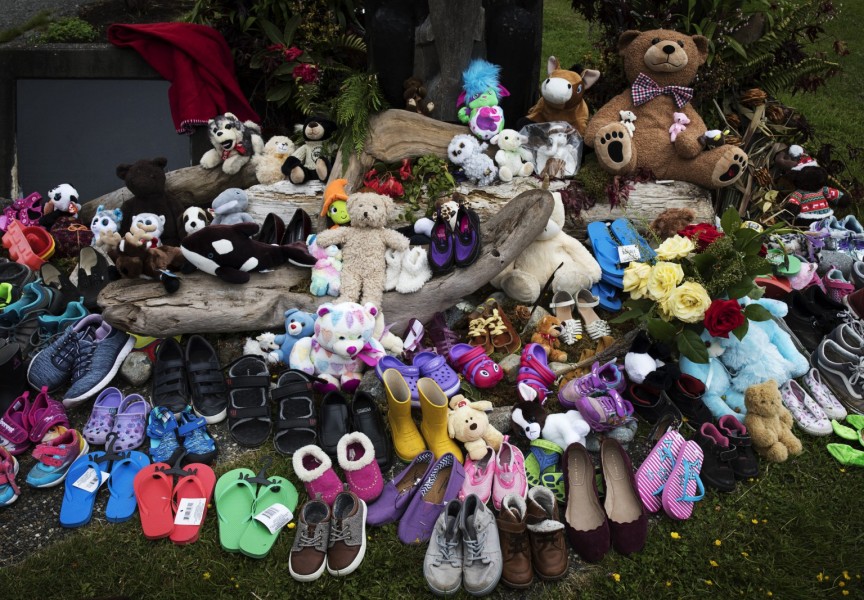 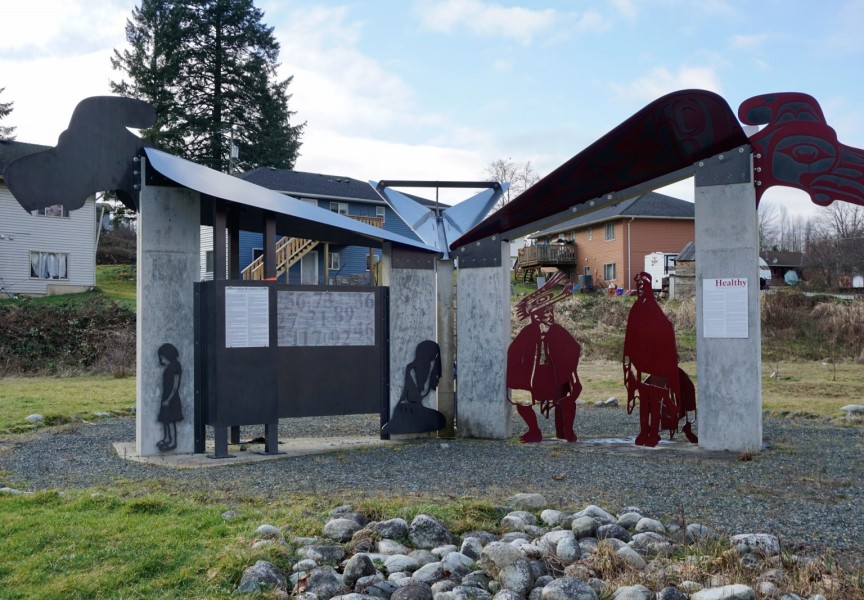 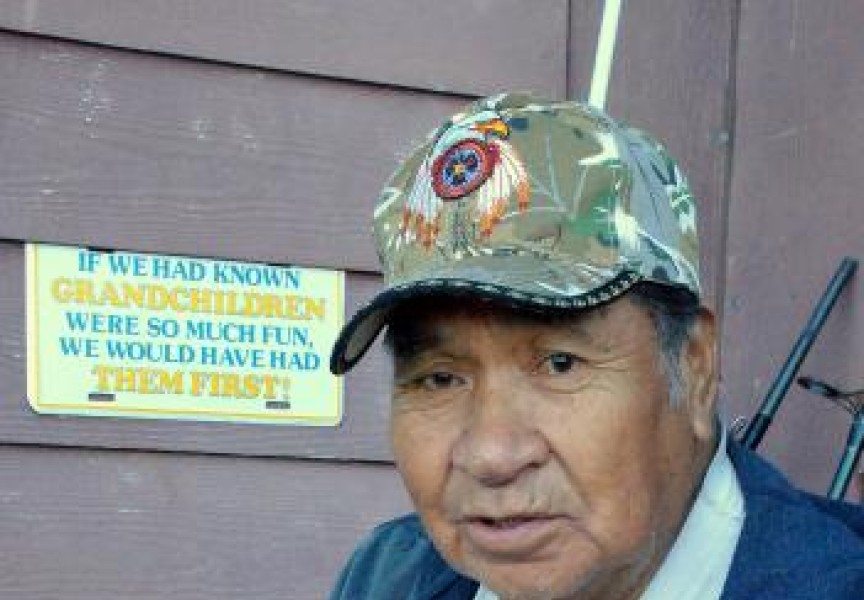 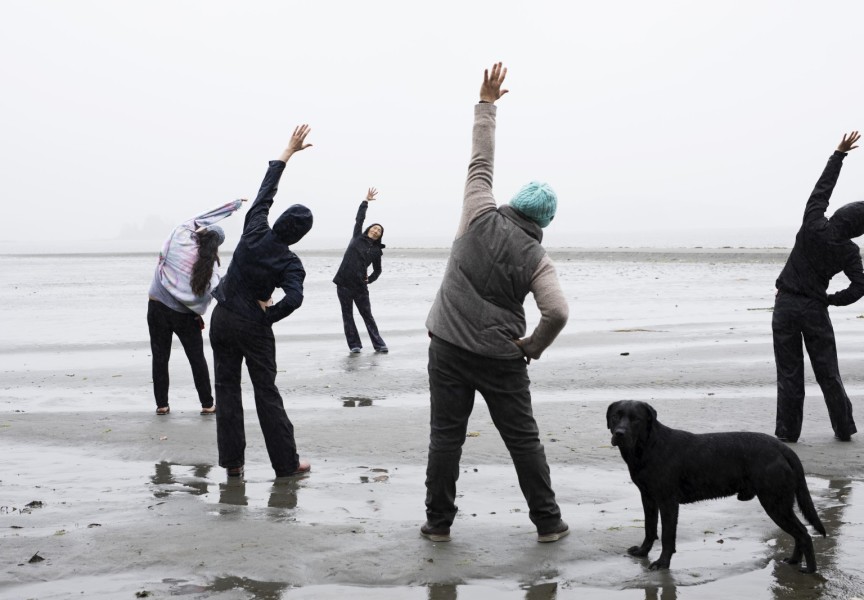 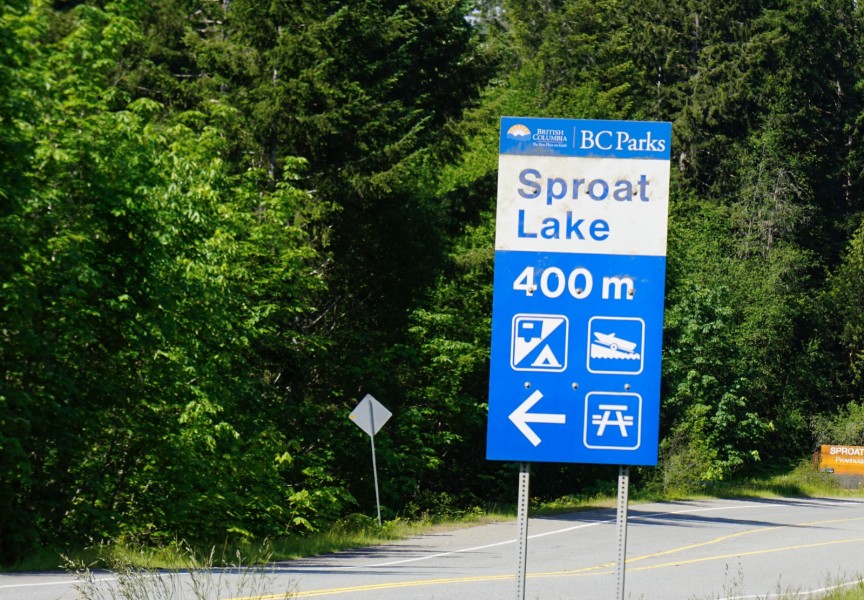 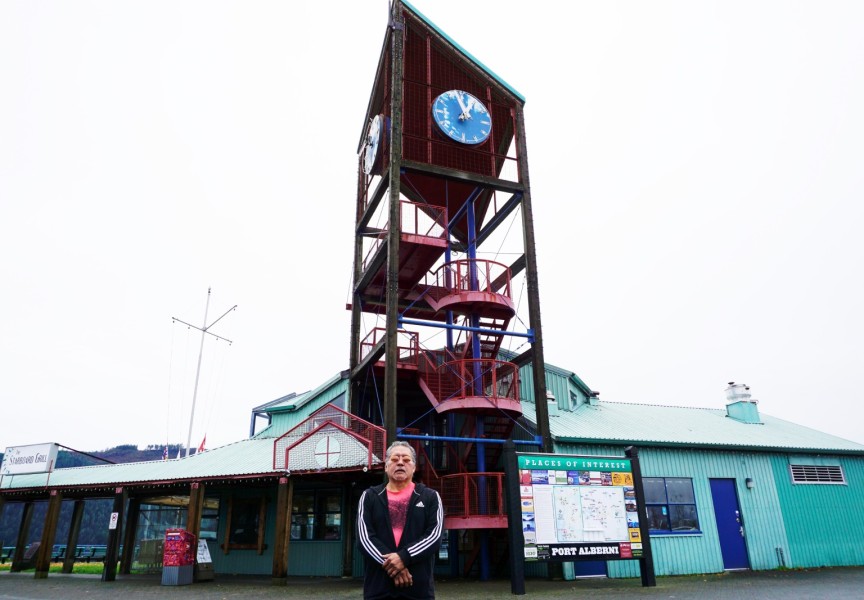 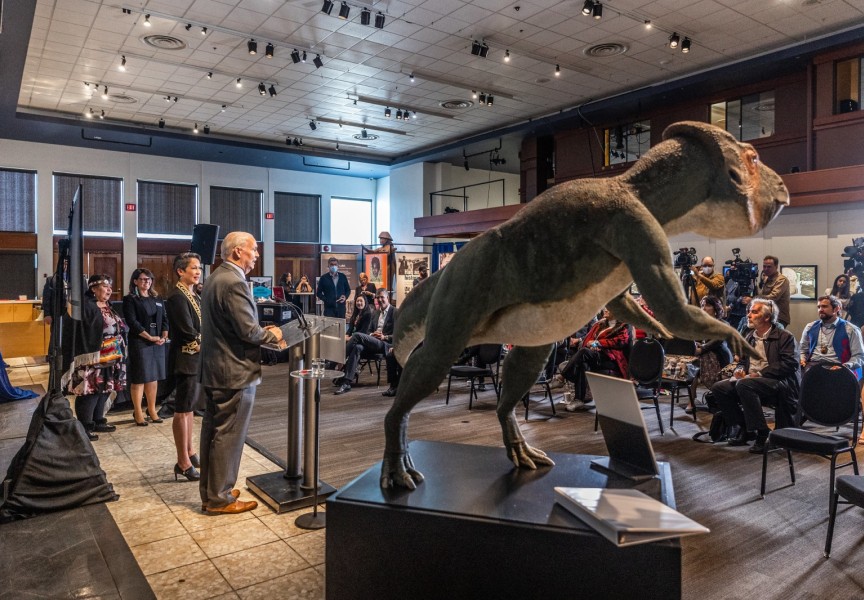