In its case currently before the B.C. Supreme Court, the Nuchatlaht seek Aboriginal title over the northern part of Nootka Island. The area is currently recognized as Crown land, with a forestry tenure held by Western Forest Products. (Sierra Club B.C. photos)

The Nuchatlaht return to court today, for the final arguments in the first Aboriginal title case since the provincial government passed into law an act recognizing the inherent rights of Indigenous peoples.

After a summer away from the courtroom legal teams representing the small Vancouver Island First Nation and the province return to the B.C. Supreme Court, where Justice Eliot Myers is scheduled to hear the final arguments over the next three weeks.

The Nuchatlaht First Nation’s claim to the northern half of Nootka Island was first submitted to the B.C. Supreme Court in early 2017. The case eventually went to trial on March 21 of this year, extending for over 40 days in court for the presentation of evidence until May 26. After reviewing the facts presented, final arguments were assembled and filed to the court this summer.

The case entails the Nuchatlaht seeking legal recognition – under Canadian law - of their territory on Nootka Island, an area comprising 20,000 hectares off the northwestern side of Vancouver Island. This is currently designated Crown land, with a forestry tenure held by Western Forest Products.

The case hinges on the Nuchatlaht’s legal team proving occupation of this area that dates back to 1846, which is the year the British Crown asserted sovereignty in the region. The First Nation has stated that its ties to the claim area have been unbroken for centuries, as evidenced through the hereditary system of governance that extends to the current Tyee Ha’wilth Jordan Michael. Its legal argument detailed a confederacy of at least half a dozen tribes that occupied northern Nootka Island in 1846, who were ancestors of the present day Nuchatlaht.

Meanwhile, the province has argued that at the time of British sovereignty, a loosely affiliated collection of Indigenous groups who were not necessarily directly related to the Nuchatlaht could be found in the claim area. These people relied on the ocean’s resources far more than what could be acquired inland, according to the province’s statement of claim.

The First Nation’s legal team presented expert witnesses to prove otherwise, with reports and testimony given by archaeologists John Dewhirst and Jacob Earnshaw, who investigated the prevalence of culturally modified trees and indentations of houses that were once found in the claim area.

But one expert witness had to be dropped due to the cost of extending the trial. Ethnobotanist Chelsea Armstrong was expected to present evidence of cultivation in the area, but she was not part of the trial due to the province lining up three witnesses to respond to her one report, said Owen Stewart of the Nuchatlaht’s legal team. This presentation and response would have added another two to four weeks to the trial, he said, an expensive duration in court for a First Nation with 167 members. Trial briefs that were submitted before the parties went to court indicates a disparity in how long each side was prepared to be before the judge: the Nuchatlaht expected 43 days in court, while the province was ready for 66.

Ironically, midway through the first two months of the trial the provincial government announced new directives for its lawyers to avoid expensive court battles with First Nations. This approach better aligns with the Declaration on the Rights of Indigenous People’s Act, which passed through the B.C. legislature in November 2019.

“Meaningful reconciliation is rarely achieved in courtrooms,” stated the directives, which were released on April 21.

These directives also specify that the attorney general can intervene in court proceedings “that may affect reconciliation,” but David Eby has refused to do so, or even comment on the case.

“The province has considered its pleading in the context of the directives and at this time we’re not intending amendments,” said provincial lawyer Jeff Echols in a court transcript from April 21.

When DRIPA was passed in late 2019, the United Nations Declaration of the Rights of Indigenous Peoples was formally adopted into B.C. law. Article 26 of this international declaration states “Indigenous peoples have the right to own, use, develop and control the lands, territories and resources that they possess by reason of traditional ownership or other traditional occupation or use, as well as those which they have otherwise acquired.”

Aboriginal title over northern Nootka Island will benefit future generations of Nuchatlaht people, with housing opportunities, salmon parks, forest restoration and sustainable land use, according to a recent press release from the First Nation.

“Nuchatlaht leaders are looking to restore their stewardship of the area after decades of environmental mismanagement,” stated the release. “Reclaiming title to Nootka Island will enable the Nuchatlaht Nation to pursue an ambitious vision for the future of Nuchatlaht people – one that will see benefits far beyond Nuchatlaht.” 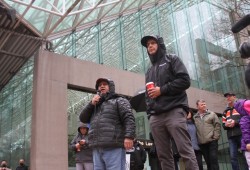 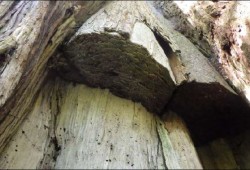 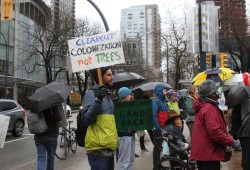 BC Elders Gathering at risk of being cancelled